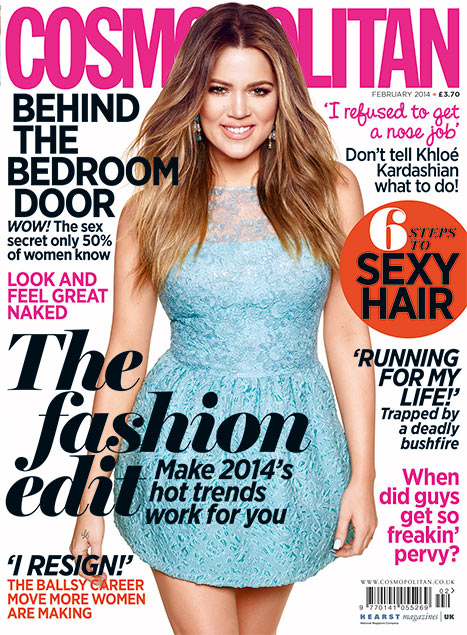 Khloe Kardashian graces the February 2014 cover of British Cosmopolitan looking sleek and gorgeous. In the magazine, she opens up in an interview for the first time since filing divorce papers from husband Lamar Odom. The issue goes on sale January 2nd and can be purchased in the United States on Apple Newsstands. Khloe opens up about making the decision to divorce her husband of four years after a painful public alleged drug addiction, DUI, and supposed mistresses. In the article she says:

“I love the new year, new beginnings. I need a good fresh start; I’m excited for this year to be over with. You only live once so let’s make that one time perfect. We can’t fix our mistakes and imperfections, so let’s have fun. You get what you give out in life.I don’t regret anything about my life. My life has made me who I am at this moment, and I’m very happy with who I am. No matter if it’s great, disgusting, beautiful or ugly; it happens and it makes you you. Life is about how you process things.” 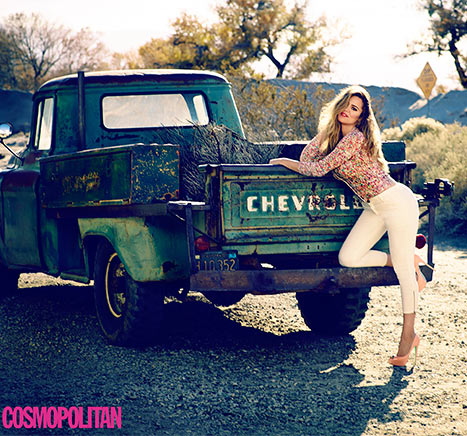 also reveals that she has lost thirty pounds in 2013 and says: “I’m feeling good. I’ve worked very hard on my body so I think now I can sex it up a little!” She says that she’s extremely excited to finally embrace her body after saying that a hurtful childhood memory of something her mother, Kris Jenner said left her scarred. She reveals:

“She didn’t mean harm, but when I was around nine I overheard my mom telling her friend I needed a nose job. I was shocked; I hadn’t even thought about it. I’ve grown into my face, but I’ve had makeup artists tell me, ‘You should get a nose job.’ I’m so happy that I never have. I’m proud for losing weight when I wanted to and I’ve never resorted to surgery. I’m not against it – one day I probably will but it would be on my terms.”

Khloe even opened up about her soon-to-be brother-in-law Kanye West and her new little niece North West saying:

“Kanye is such an awesome dad, and he’s so opinionated and passionate. North is only five-and-a-half months old but you can see she has opinions and a strong personality already. I’m kind of nervous to see what she’s like when she’s older but I think she’ll be incredibly confident because Kim and Kanye are.”

Khloe looks amazing and I’m glad to see she’s staying positive. What are your thoughts? Post your comments below.

iTunes
Keeping Up With The Kardashians Season 8

Amazon
Keeping Up With Kardashians Season 1-8