Khloe Kardashian’s Divorce To Lamar Odom Is Heading For Dismissal! 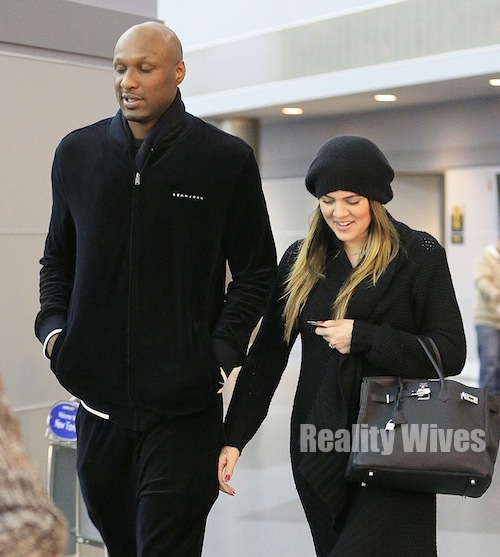 Khloe Kardashian’s divorce proceedings to Lamar Odom are headed for automatic dismissal because Khloe hasn’t acted them in a timely manner. A source close to the reality star says that the Keeping Up With The Kardashians reality star was warned by a judge that if she doesn’t act soon her divorce papers will be dismissed. Khloe originally filed for divorce on December 13th 2013 after months of Lamar’s allegedly drug use, DUI, and mistresses. On October 9th of this year, Judge Scott Gordon sent Khloe a notice of case default review and warned her that it was heading towards dismissal. A source close to Khloe says:

“Khloe has been told by her attorney Laura Wasser, that she could file a motion to have the divorce granted, even though Lamar hasn’t formally responded. Becoming legally divorced would allow Khloe to move on, while lawyers for the former couple hash out a financial settlement. However, Khloe has held off on taking that drastic step. She can never trust Lamar again, after being cheated on so many times, but she is becoming more and more despondent about her personal life. Khloe’s relationship with French Montana is just a thing. Khloe has said she doesn’t know if she will ever find true love again. It’s truly sad. Lamar and Khloe do talk on the phone sometimes, but there is no chance that they will ever get back together. Khloe can’t go back to that dark place, but just seems paralyzed with fear to move forward.”

In recent weeks, Khloe sparked rumors that she was reconciling with Lamar after posting the following quote to her Instagram page:

“Like time suspended, a wound unmended — you and I. We had no ending, no said goodbye. For all my life, I’ll wonder why.”

Should Khloe forgive Lamar? What are your thoughts? Post your comments below.