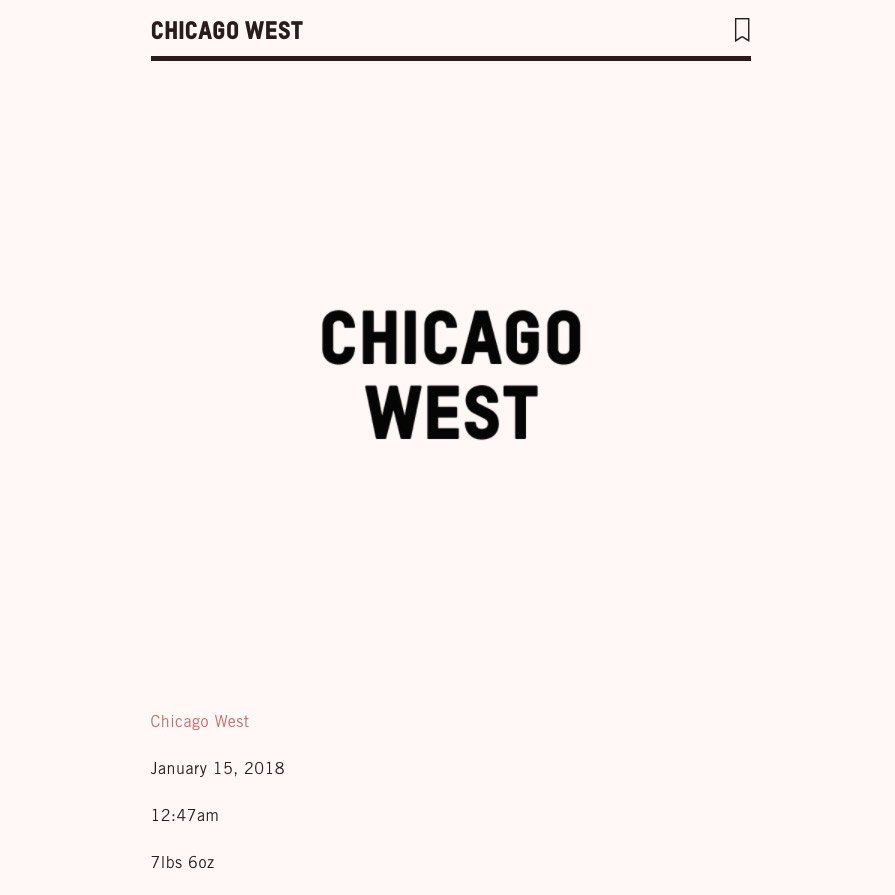 Chicago of course is Kanye’s hometown, so the name has sentimental value to the West’s.

Chicago joins, 4-year-old sister North, and 2-year-old brother Saint. According to TMZ Chicago’s siblings have been referring to her Chi pronounced Shy.

More in Reality Television, The Kardashians (520 of 2647 articles)