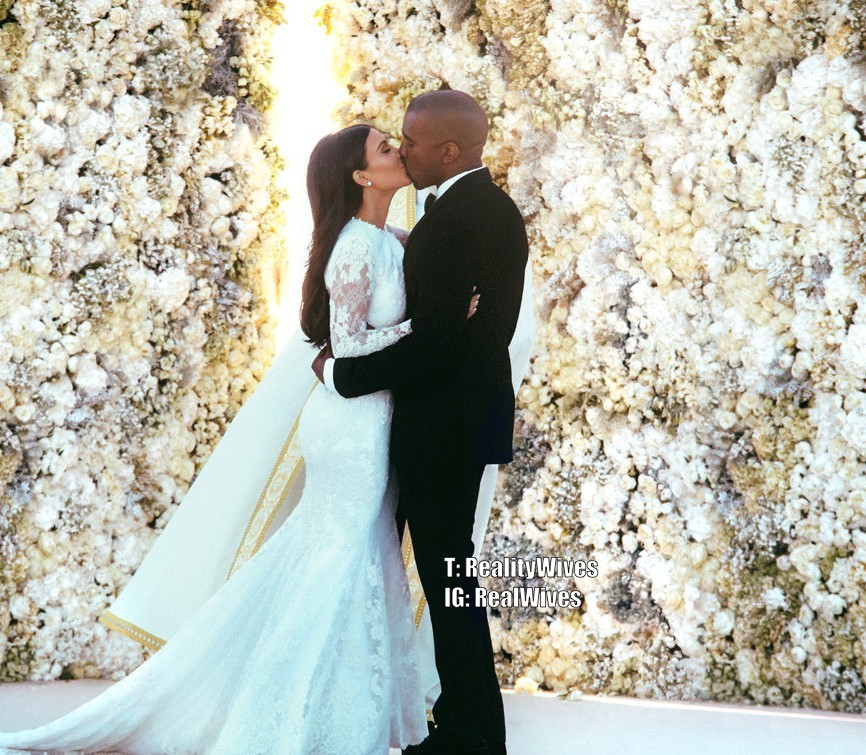 On Saturday, May 24th, Kim Kardashian-West and Kanye West were married in an elaborate and over-the-top ceremony in Florence, Italy.  While being married at the Forte di Belvedere in front of 200 of their closest family and friends, the pair looked radiant and happy as they tied the knot. In these five newly released photographs we see Kim and Kanye sharing their first kiss as husband and wife in front of a walls of roses. In another you can see the couple’s daughter, North in the arms of grandma Kris Jenner as Kanye and Kim walk down the aisle. 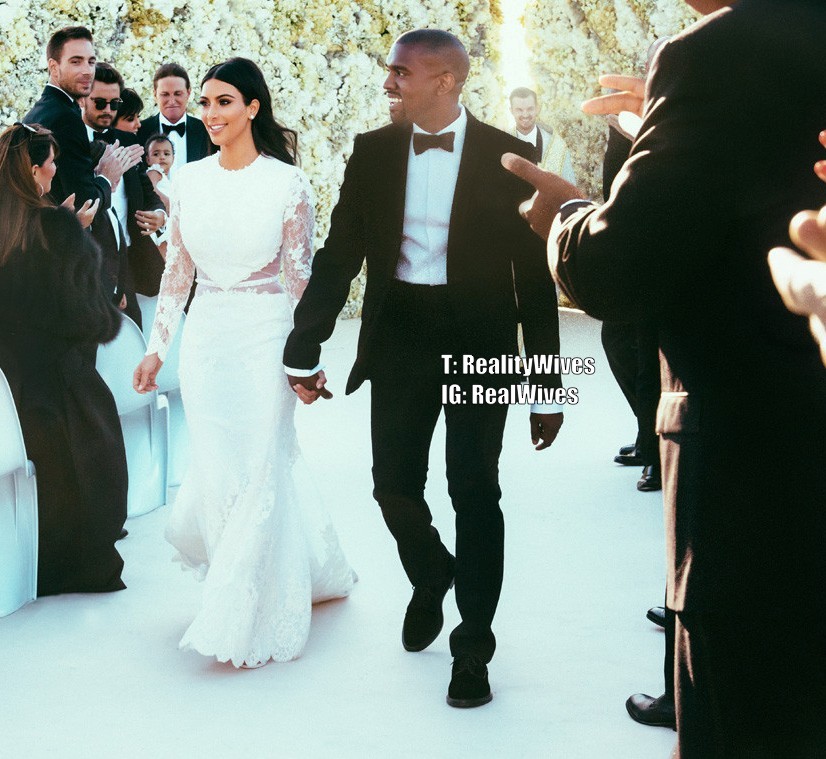 Kim’s wedding gown is white and covered in lace. Kim wore Givenchy by Riccardo Tisci. After the ceremony Kim changed into a cream-colored gown while she partied with her guests. At her reception she was serenaded with a 20-minute speech by Kanye. Her parents, Bruce Jenner and Kris also gave speeches. Noticeably missing was Kim’s brother, Rob Kardashian who reported left Paris early after an argument with Kim about his weight. What are your thoughts? Post your comments below. 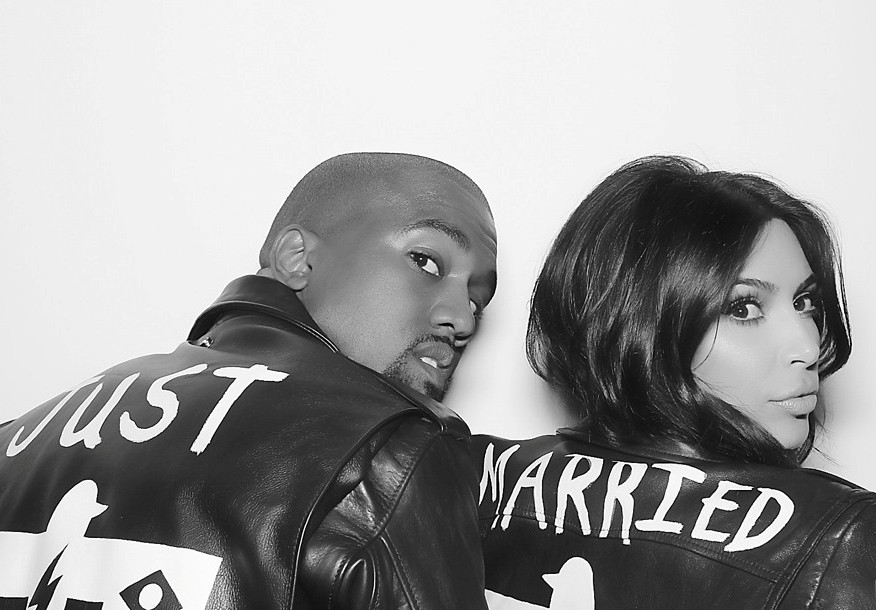 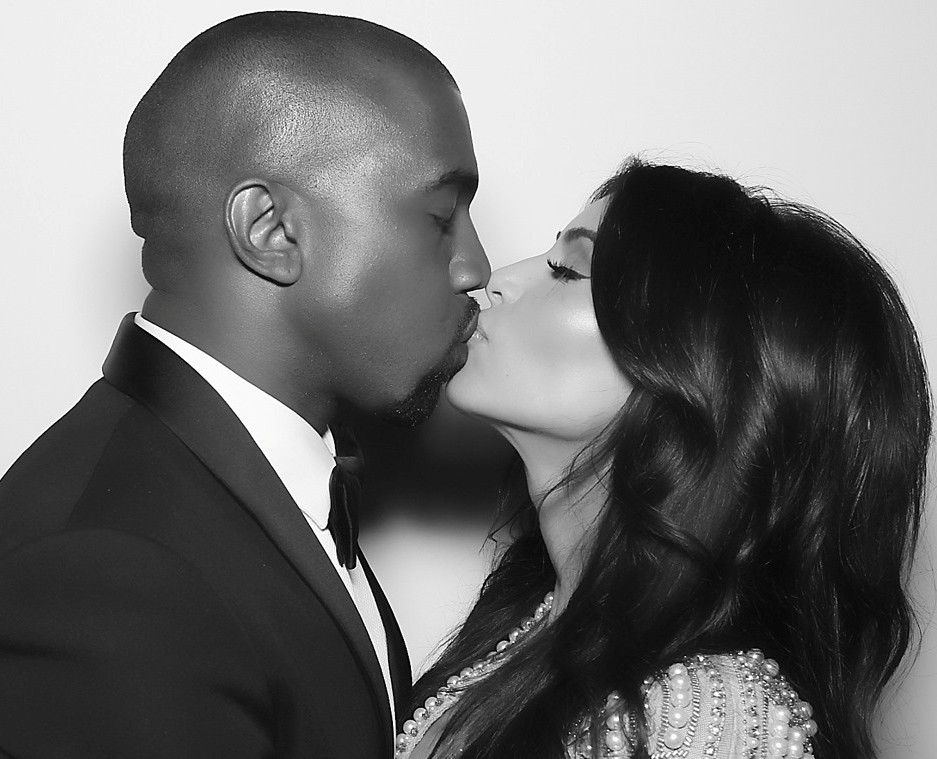 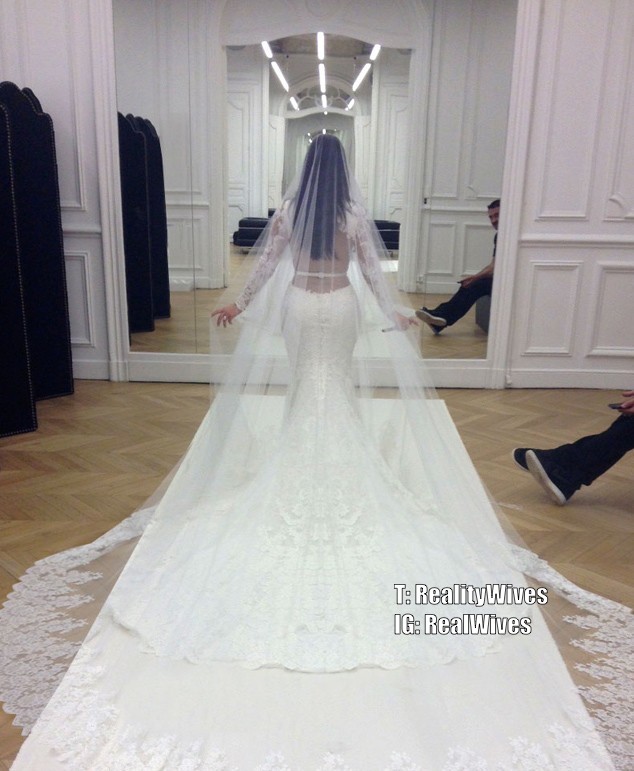