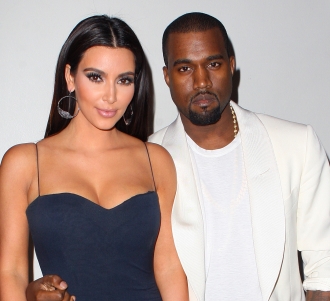 Kim Kardashian and Kanye West are officially man and wife. The couple were married in Los Angeles. It was reported earlier this week they would be getting their wedding license over the coming days, ahead of the official ceremony which is rumored to be taking place in Paris on May 24.

“Kim and Kanye are now married on paper. They got their license in California over the past few days. Kim and North are on their way to NYC now,” a source said.

On Tuesday, we reported Kim and Kanye would be married privately this week by obtaining a “confidential” marriage license.

“People are probably assuming we’re going to have this massive wedding, and I think it will be – but intimate. Two hundred people – just all of our closest friends – a special night for us and all the people that really love us and that have supported us,” Kim told Vogue.

Details of the lavish wedding remain a secret, but it’s already known the 33-year-old reality star has already picked out her wedding dress and will have “multiple costume changes” from major designers including Givenchy, Balmain and Lanvin.

Kimye are expected to attend the annual Met Gala in NYC on Monday.