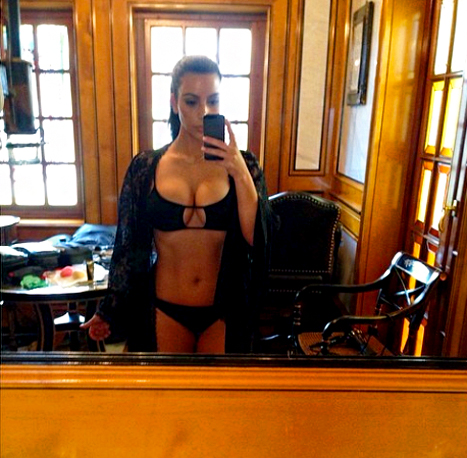 “Quick swim before the Dash party. Yep, stole Kylie’s bikini…she’s not getting it back.”

On Wednesday, March 12th, Kylie Jenner shared a series of Instagram photos of herself in a little, black bikini. While in Miami on a business trip for the family’s chain of stores titled “Dash,” big sister Kim Kardashian shared some pictures of herself in the same bikini later in the day. The 33-year-old shared two photographs of herself in a mirror and titled them: 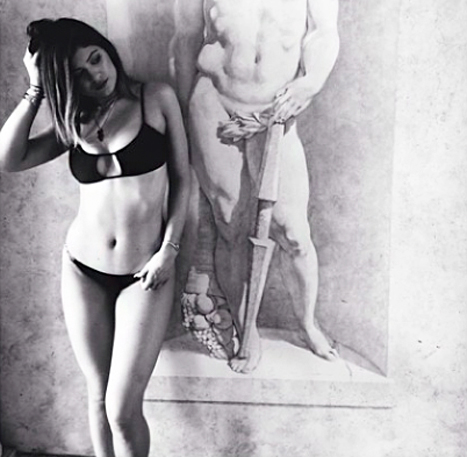 The photo was taken in what appears to be the bathroom of the Versace Mansion, which features gold faucets and marble countertops plus what looks like several chairs and a table. The pictures show case Kim’s cleavage and toned abs less than a year after she gave birth to her daughter, North West, with fiancé Kanye West. North will be one-year-old on June 15th. Sixteen-year-old Kylie captioned “Oh haaayyy” while sharing a black-and-white photo of herself wearing the suit and standing next to a fresco painting of a semi-nude man.

Who do you think wore it best? What are your thoughts? Post your comments below.