Kim Kardashian shows off her bump in a floor-length white dress in a Twitter picture, the day her divorce is granted from Kris Humphries 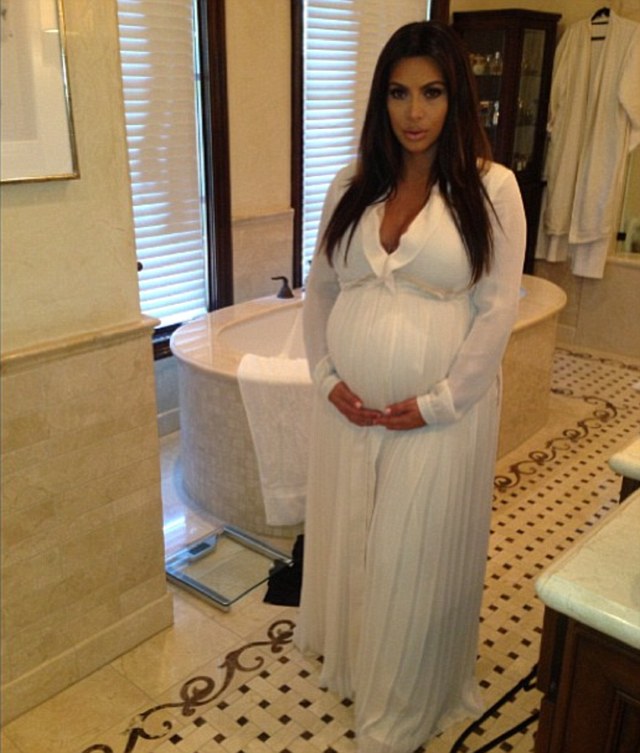 ‘Sunday’s Lanvin Look!’ she wrote, showing off her bump in the flattering loose long-sleeved gown.

via Daily Mail:
Kim can now move on, which with her first baby due in around a month’s time couldn’t be better timing.

Kim made no mention of the divorce on her blog, instead posting a photo of herself in her outfit for her baby shower, which took place in Beverly Hills at the weekend.

Following her separation Kim began dating pop star Kanye West, quickly falling pregnant with a baby girl, believed to be due in July.

She has spoken of the stress of negotiating a divorce while pregnant, admitting she was worried Kanye’s baby would be born while she remained married to another man.

The divorce comes more than a year after Kim called a halt to the marriage after just 72-days.

Basketball star Kris initially refused to agree to a divorce, instead insisting that the marriage be annulled because it was’ fraud’.

More in Kim Kardashian, The Kardashians (506 of 572 articles)