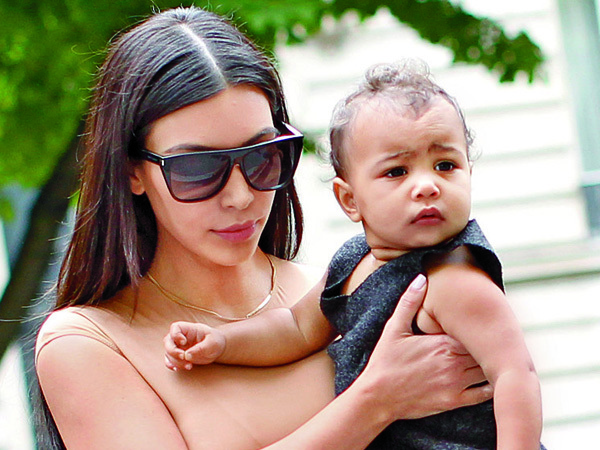 Kim Kardashian West admitted that despite having a difficult pregnancy with her daughter North West, she wants to have “at least one more baby.” During an interview on The Today Show on Tuesday, August 12th, Kim told Matt Lauer that:

“If I could just snap my fingers and have four, I’d have four. But I do realize I’m going to have to go through the pregnancy again … [and my first] was a really difficult pregnancy so it’s tough. Of course I want to have another child. I would love two more but we’ll see. I’m going to have one more and see what it’s like.”

33-year-old reality star Kim then opened up about her 13-month-old daughter and husband Kanye West by saying:

“Married life is amazing. It’s the best feeling in the world. I was so scared when I was pregnant going into it … [but] it’s been so worth it and more. Every time there is a camera out and paparazzi … she does this either mean angry Kanye face or a pose. She’ll be cracking up and then the second the camera comes on she [makes the pose.]”