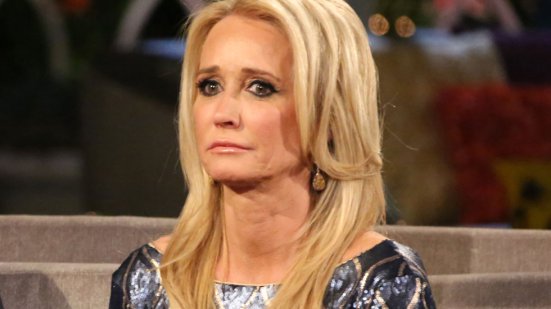 via Radar Online:
Kim Richards will leave rehab for her daughter’s wedding, then return for at least 90 more days of treatment, RadarOnline.com has exclusively learned.

The Real Housewives of Beverly Hills star has decided that she is going to leave the Malibu-based facility to attend Brooke Brinson‘s wedding out of the country at the end of the month, after a 28-day stint there, sources told Radar.

However, she has told her family that she is committed to maintaining her sobriety with an extended stay at the center.

“Kim is starting to realize that she needs more help than she can get in just a month,” a source close to the situation told Radar. “So right now, her plan is to stay at the rehab for at least three months after she gets back from Brooke’s wedding.”

Kyle Richards‘ estranged sister moved right before she entered the beachside treatment center, and the source said that transition is unsettling in her life.

“Kim didn’t set anything up before she checked into rehab,” the source explained. “Since she just moved, she basically thinks of the treatment facility as home.”

More in Real Housewives Of Beverly Hills (283 of 807 articles)