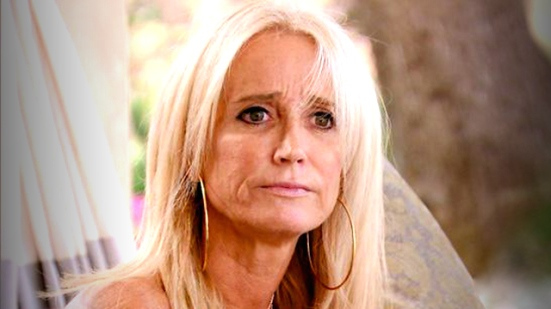 via Radar Online:
Kim Richards is on the loose! Radar Online.com has learned the former Real Housewives of Beverly Hills star fled the treatment center where she has been staying recently on Monday, after declaring she was cured of her addiction to booze and pills.

Richards had been making progress since being placed on an involuntary psychiatric hold earlier this month.

But suddenly on Monday afternoon, “Kim decided to leave,” an insider told Radar. “She just bolted. The staff has no clue where she went, and it was definitely against medical advice. Her family had just visited over the weekend!”

“Kim said she was cured, and felt good enough to go back to Los Angeles,” the source said. “This is the worst thing Kim could do at this point because she has a court appearance this week for being drunk in public at the Beverly Hills Hotel.”

Richards’ most recent struggles began in April when she was arrested for public intoxication at the Beverly Hills Polo Lounge. She briefly tried a few treatment centers but then went MIA after relapsing at her daughter Brooke Brinson‘s wedding in Mexico.

Richards was fired from RHOBH and then arrested on August 2 for shoplifting at a Target store.

As Radar reported, her family had her placed on a 5150 hold earlier this month, after which she voluntarily entered treatment in Orange County yet again.

The source added, “Kim is her own worst enemy. She is going to end up dead if she doesn’t get serious about this!”

More in Real Housewives Of Beverly Hills (242 of 807 articles)