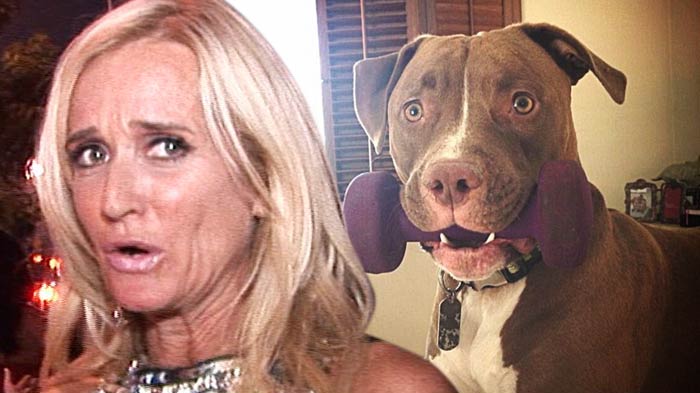 via TMZ:
One of Kim Richards’ best friends just won her lawsuit over a ferocious pit bull attack from Kim’s dog last year.

Kay Rozario filed suit, claiming Kim refused to pay her medical bills after Kingsley chomped on her hand in March 2014 … and bit clear down to the bone.

On Thursday, a judge ruled in Rozario’s favor … but severely limited the amount of damages Kim will have to pay. Rozario was looking for more than a million dollars, but according to court docs … she was only awarded $8,083.53.

The judge pointed out … Rozario’s medical bills were only $4,083.53, but said she deserved some more cash for emotional distress and trauma after the attack.

Kim never responded to the lawsuit … so the judge entered a default judgment.

Kim Richards Out Of Rehab For Daughter’s Wedding Celebrations: “She Wouldn’t Miss It”

More in Real Housewives Of Beverly Hills (278 of 805 articles)