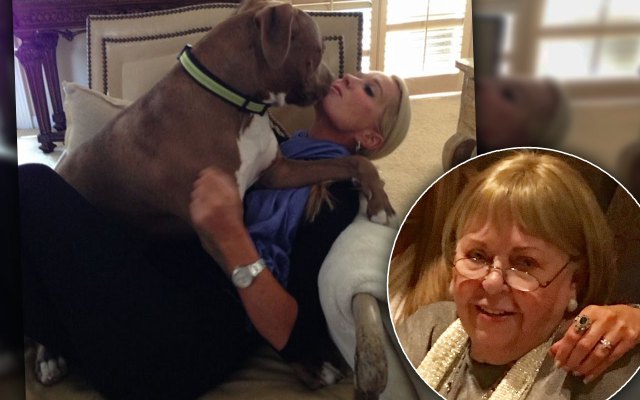 Kim Richards the 53-year-old former Real Housewives Of Beverly Hills star, who was originally ordered to pay the victim of an attack by her dog Kingsley about $8,000, now she has to pay more than seven times that sum.

According to United States District Court of California records a judge demanded Richards pay former friend Kay Rozario $59,083.53 on the 14th September in an amended judgment after an appeal.

Though she’ll soon be nearly $60,000 wealthier, Kay, 83, insisted the lawsuit was never about the money.

“It was about forcing Kim Richards to get rid of that brutal, vicious dog. I’m really thankful and very happy that my attorney Bill Zuhdi fought so hard for me and did such a great job in getting me the huge win in the appeals court. Hopefully, this will help others by getting that horrible dog away from people before it kills somebody. I’m really glad Kim has to pay for what she did to me, that she lost the case, and I’m so glad she’s being punished financially for her blatant disregard for the safety of people and me.”

Kim’s out-of-control pitbull viciously attacked the elderly Kay in 2014, and left her with gaping wounds on her hands and arms.

“Blood was everywhere. I was soaked in blood,” Kay recalls the incident.

She was rushed to the hospital, and underwent multiple stitches to heal her serious injuries.

Kingsley was also accused of attacking a former assistant in 2016, and biting Richards’ niece Alexis the year prior. Kingsley has bitten 5 people in total.