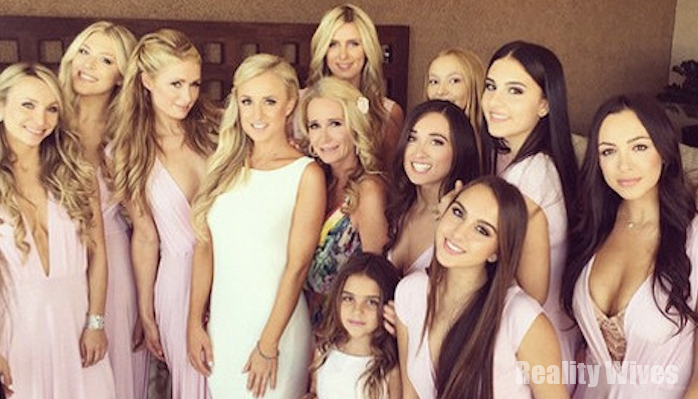 via TMZ:
Kim Richards melted down at her daughter’s wedding over the weekend to the point her sober coach quit, her daughter isn’t speaking with her anymore and those present say she was either on drugs or alcohol.

Multiple sources tell TMZ … Kim was clearly under the influence of something, although no one seems to know what. Our sources say whatever Kim took or drank, she did so in private, but when she interacted with people at the wedding she was “a mess.”

We’re told Kim was saying horribly nasty things to her daughter, Brooke, right after the wedding. We’re told Kim was cursing out the groom’s family and was generally belligerent. The bride has vowed she won’t speak with her mom again.

As for the sober coach … we’re told she couldn’t control Kim and left Mexico immediately after the wedding.

Our sources say Kim is still in Cabo and she’s gone radio silent. The rehab facility gave her a pass to attend the wedding but gave her a deadline to return Monday, which she has not done.

More in Real Housewives Of Beverly Hills (270 of 802 articles)