Kim Zolciak Biermann, the wife and mother of six said she won’t be having any more children following the November birth of her twins Kaia Rose and Kane Ren. The former Real Housewives of Atlanta star – who is working hard to get back in shape, revealed she and husband Kroy Biermann are seeking a ‘permanent’ birth control solution, hinting at either tubal ligation for her or a vasectomy for Kroy.

Kim told Life & Style that the procedure will ensure she won’t get pregnant again, saying: ‘We’ll do something permanent because I’m so fertile!’

Kim is also focusing on regaining her slim figure, she has just signed up as the brand ambassador for Xenadrine and working out she says with her husband. In new pictures of her working out, the 35-year-old looks great. She is seen working up a sweat on a stationary bicycle and doing some stretching exercises on a yoga mat.. 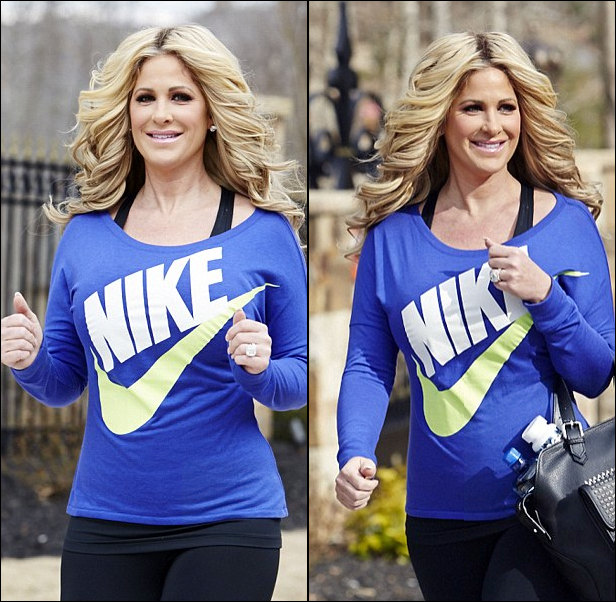 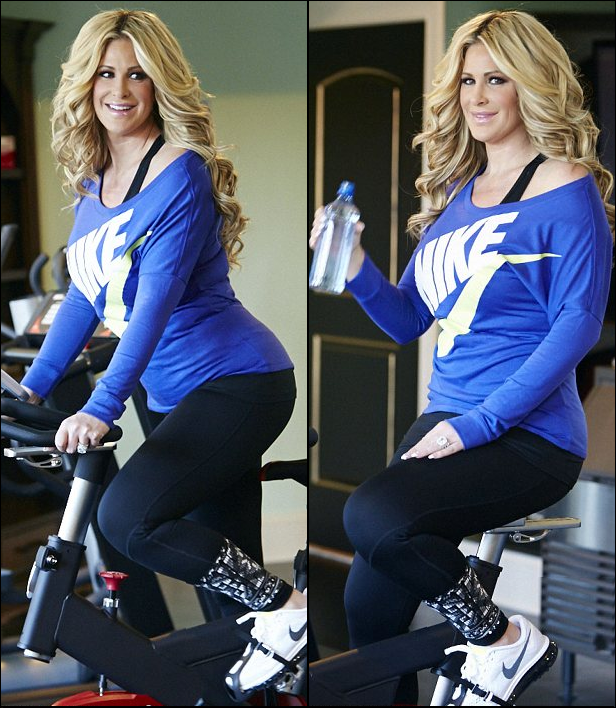 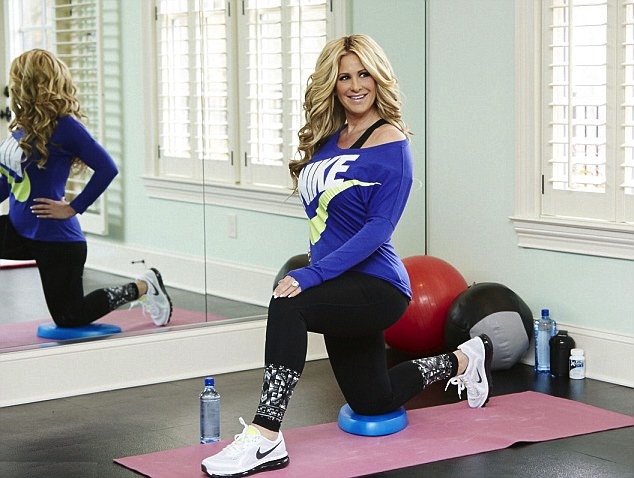 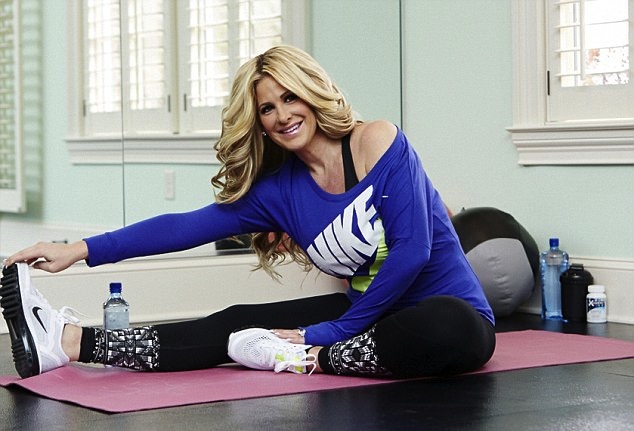 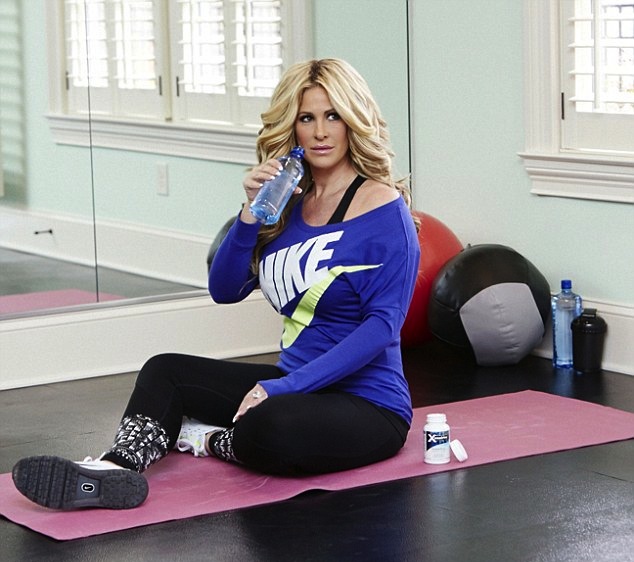 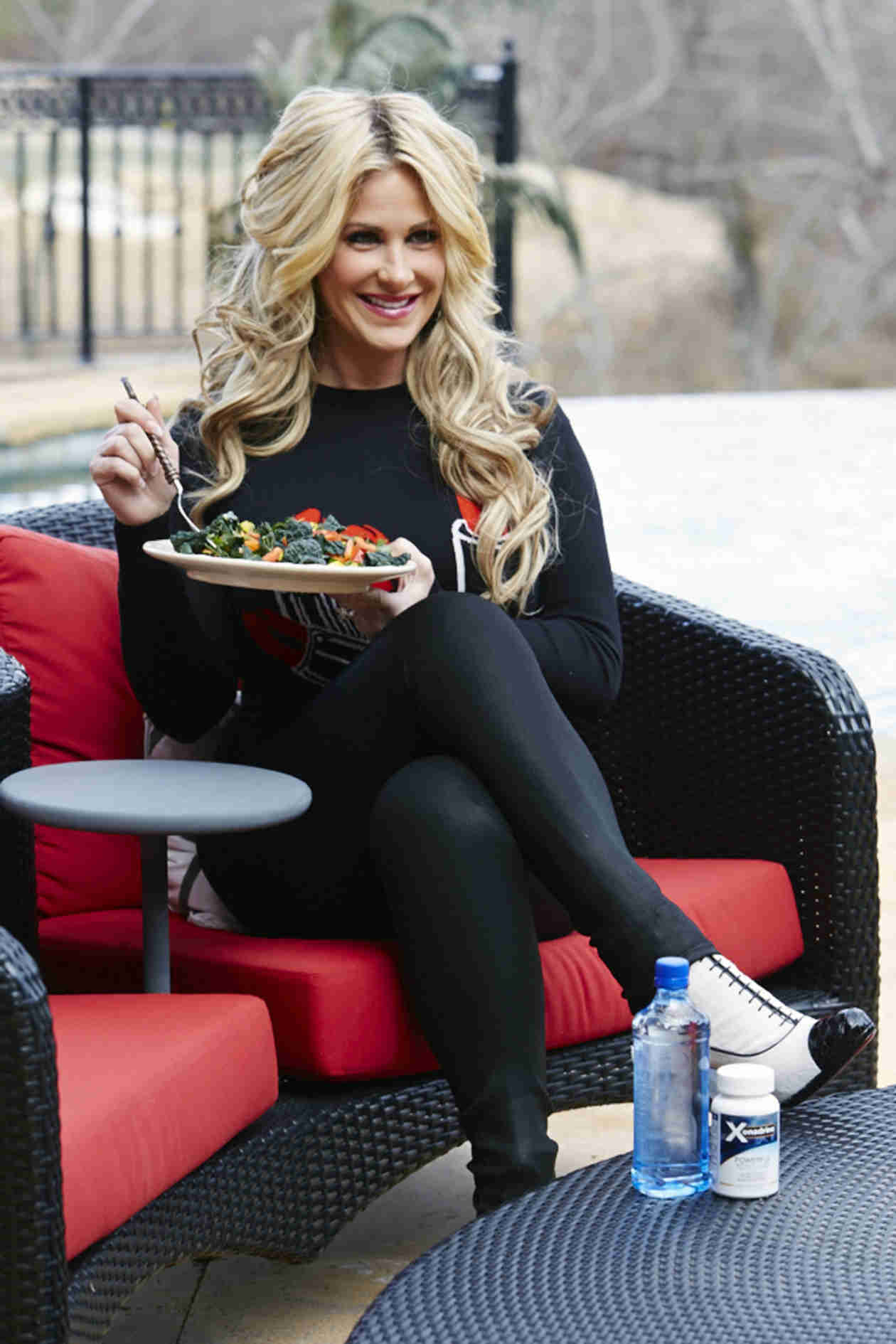 Kim shares that having the twins was not easy for her, who has Brielle, 16 and Ariana, 12, from previous relationships and KJ (Kroy Jagger Jr), aged two, and Kash, 18 months, with Kroy, 28.

‘It wasn’t the same as having one baby – my nerves were shot. Kaia was only six pounds and I’m used to eight pound babies. And Kane was actually delivered breech, facing the wrong way! They were a month early, and I was induced because my blood pressure was so high. I delivered them four hours later. It was nerve-racking! These babies feel like a miracle.’

She also revealed their birth was natural and not a C-section. Kim is one of the original Real Housewives of Atlanta stars, is about to finish filming the 3rd season of her own spin-off reality TV show, Don’t Be Tardy. We can’t wait Kim! And you’re looking good hon! What are your thoughts? Post your comments below.

Before beginning any exercise program or changing your physical activity patterns, you should always consult with your doctor or physician, particularly if you have been inactive, are very overweight, or have or suspect any sort of medical condition that might be worsened by exercise.