Kim Zolciak ‘Why I Quit The Real Housewives of Atlanta’ 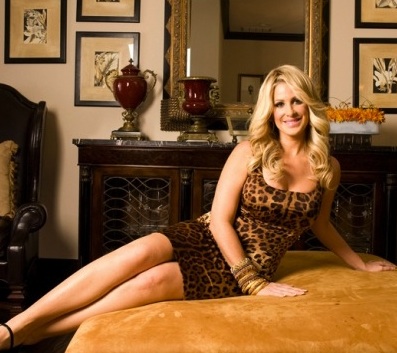 Real Housewives Of Atlanta’s Kim Zolciak finally puts to rest all those pesky rumors of her status on the cast. Dec 2nd will be her final episode on the hit reality show. She spoke to InTouch magazine.

Why does she quit?
“I was eight months pregnant and there was so much drama; I just had to walk,” Kim tells In Touch about her midseason exit from the hit Bravo series. “I’ve taken on so much in the past five years, but this was the final straw. My priority was the child inside me.”

The drama unfolded over a trip to the Caribbean island of Anguilla, where co-star Cynthia Bailey would be renewing her vows with husband Peter Thomas. When Kim, who was 36 weeks pregnant at the time and under strict doctor’s orders not to travel, announced she wouldn’t be coming, all hell broke loose.

“They couldn’t understand why I couldn’t go,” Kim — who gave birth to son Kash a few weeks later, in August — says about her fellow Housewives, unleashing their collective fury. “Fighting is what we’re known for, but I’ve never disagreed with a pregnant woman. It’s not one life you’re dealing with, it’s two.”

Kim’s co-stars give their side of the story on the Dec. 2 episode. Kandi Burruss says that the cast planned the trip around the dates Kim told them she was initially available, and all the cast members pipe in over Kim giving a laundry list of excuses.

“She’s going to come up with every excuse she can possibly come up with,” explains her former best friend, NeNe Leakes, who goes on to mimic Kim, saying, “My blood pressure was going up. My hair was shedding. My nails were comin’ loose. I couldn’t walk.

“I can’t say it was easy to end that chapter,” Kim says. “After all, I met my husband through this show.”

Update: Apparently Kim quit just for this season not forever. So she will be back for season 6. So why didn’t she say that in the beginning?!