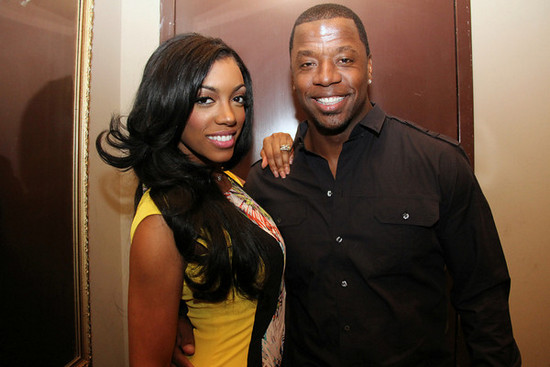 Several websites have claimed that Porsha Stewart and estranged husband Kordell Stewart are faking their divorce so they would be asked to stay on Bravo’s #1 television show, the Real Housewives Of Atlanta. Following the cue from Nene and Gregg Leakes’s alleged fake divorce, re-marriage and spin-off, “I Dream Of Nene“, (Nene also scored a $1 million dollar pay day). Kordell and Porsha thought they could do the same.

Porsha (through her representative) recently denied the publicity stunt rumors with HipHopHollywood, stating:

That’s absolutely ridiculous. Given everything this abrupt filing has put her through in the public, she would never bring something like this on herself, ESPECIALLY with them having a child in the house. She wishes things could have been different but that simply is not possible.

It seems that Kordell’s chance for reconciliation has come and gone. I also don’t think Porsha could have planned this herself, her acting is not up to par as yet. What are your thoughts? Post your comments below.


Follow @real_housewives for commentary, gossip, dirt & news on the Real Housewives. I say what you’re thinking

Andy Cohen’s One On One With Nene Leakes