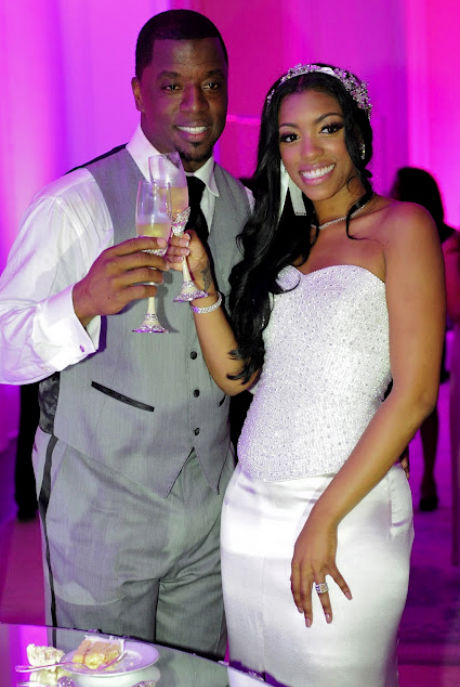 Well, I did predict this a while ago.

Porsha’s getting divorced soon. When people who are NOT your friend give you marital advice, it only ends badly #RHOA

Kordell Stewart has filed for divorce from his barbie wife Real Housewives Of Atlanta star Porsha Stewart. Allegedly Kordell wanted Porsha to stay at home in his traditional marriage and she wanted a career and to continue on to the next season of RHOA.

via TMZ:
Kordell Stewart the former Pittsburgh Steelers star has filed for divorce from his reality star wife Porsha Williams. According to Fulton County Superior Court in Georgia, the 40-year-old NFL alum who went by the nickname “Slash” during his playing days filed for divorce on March 22.

Stewart and Williams were married on May 21, 2011 they have no children together. Stewart has a son from a previous relationship. The issue of children came up often on the reality show — Porsha wanted to have kids AND a career in charity work out Kordell told her she had to choose.
Update: 7:49am PT According to the divorce docs, Kordell says the marriage is “irretrievably broken” and claims the two are currently separated.

It seems Kordell also believes he shouldn’t have to pay Porsha a single cent in spousal support claiming, “[She’s] an able-bodied person, earning income and is capable of supporting herself.”

Kordell also says there are no marital assets subject to division which could suggest there is a prenuptial agreement in play.

This is suggesting there is a pre-nup is in place. Despite the fact that Porsha said on the show the two did not have one. 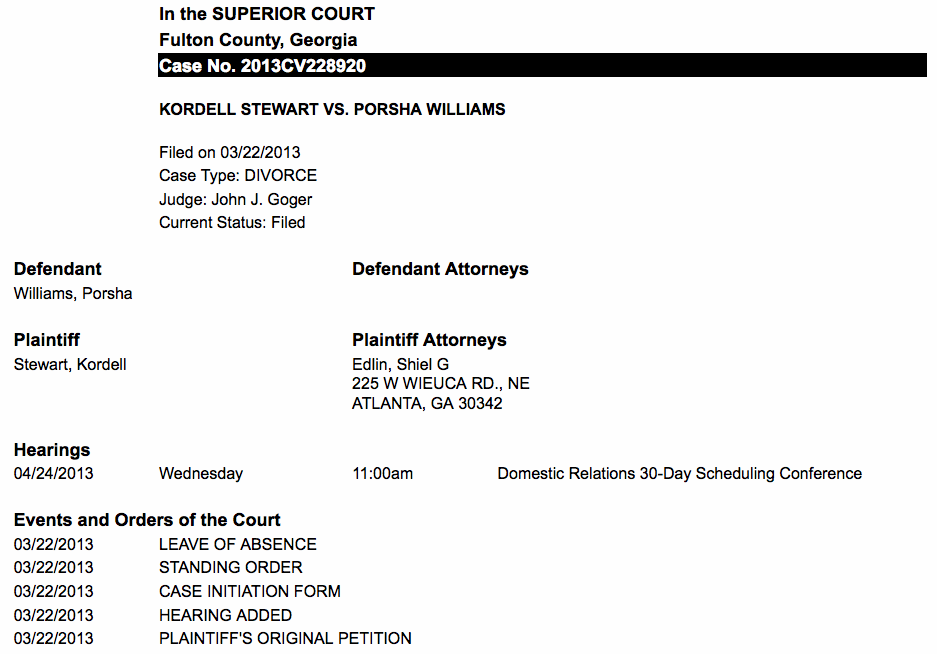 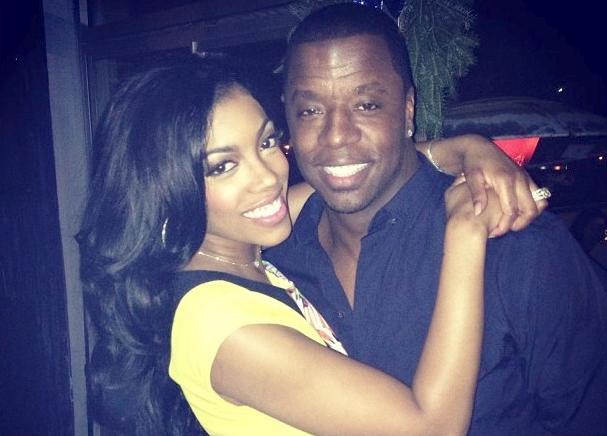 Porsha has stated on camera that she and Kordell have no pre-nup, so financially she should be ok. Here what she said in her Jan 9th, blog about it.

Well let’s jump right in to when Kandi asked me if I had a pre-nup. I was thrown completely off. I really like her and felt comfortable with her, but here I am about to answer a personal question for the world to see. So I just fly out with a no. In my opinion a marriage is a sacred union between two people coming together as one with love being that foundation — being one in mind, body, and spirit. This means I want to agree with my husband and have like minds, I want to bond with him in the flesh (meaning anything that has to do with the natural things, whether it’s a sexual, monetary, or family issue etc.).

I also want to become one spiritually with my husband so that we are equally yoked. We have the same beliefs when it comes to God and how WE have our purpose shown to us by God. So through bonding with him in mind, body, and spirit there is no place for a piece of paper to stand between us. However I totally can see anyone else’s point of view and understand why she or anyone else would choose to have one. For me I see it as a “to each his own” issue.

In a radio interview talking about rumors of Kordell’s alleged homosexuality last year:

“I don’t know any details of all of that. It’s lies and all kind of things out there on the internet about everybody. One thing I do know is that my husband loves me, and he puts it down, and I will be with him forever. And he is more man to me than I have ever met. So for me, gay is out of the window.”

I wonder what the real reason is for the divorce. Porsha is ditzy but she was a faithful wife. What are your thoughts? Post your comments below.