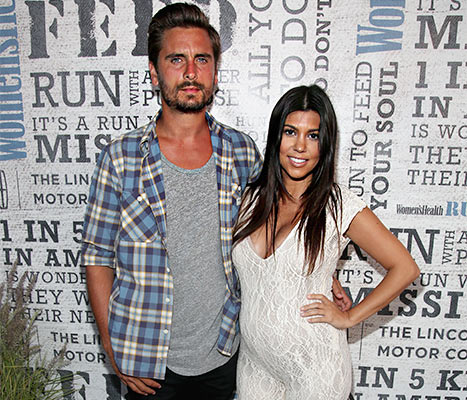 Kourtney Kardashian announced she was pregnant with her third child earlier this summer but it has been confirmed that the reality star is expecting a baby girl. Kourtney is already mom to four-year-old son Mason and two-year-old daughter Penelope with long-term boyfriend Scott Disick. While Kourtney announced her pregnancy on Keeping Up With The Kardashians to Scott; he appeared less than thrilled to become a father again but Scott is excited now. Kourtney’s close friend said:

“They just found out. Kourtney is so thrilled; she had wanted a girl from the very start. Growing up with so many sisters, it’s always been Kourtney’s dream to give her daughter a little sister.”

Surely, Penelope with a bunch of girl friends with her little sister on the way and her cousin, Kim Kardashian West’s daughter North West so close to her in age. Congratulations Scott and Kourtney! What are your thoughts? Post your comments below.