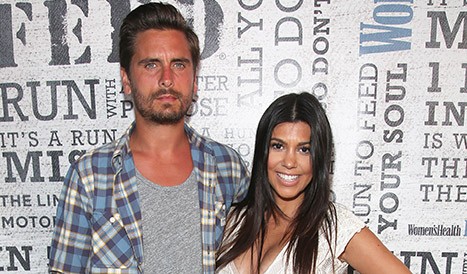 Kourtney Kardashian welcomed her third child, a son, on Sunday, December 14th. December 14th was also her oldest son, Mason’s fifth birthday. Kourtney and longtime boyfriend Scott Disick are parents to Mason and 2-year-old daughter Penelope. The 35-year-old reality star broke the news that she was pregnant in June while confirming it while taping Kourtney & Khloe Take The Hamptons. Kourtney posed nude while nine months pregnant with her son and said:

“I had done a nude shoot when I was pregnant with Mason, really last minute just for myself, and I love it. This time, we were shooting for our show, and everyone on our camera crew was like, ‘You are so comfortable just walking around naked and pregnant!’ [But] what appeals to me is celebrating the shape of my body being pregnant and capturing that time in my life…It’s a wonderful thing to be able to show my children these photographs one day and say, ‘This was you inside’…I’m at my best when I’m pregnant. It’s such an amazing feeling, the transformation that your body goes through. There’s something about that that’s so empowering and beautiful.”

Congratulations to Scott and Kourtney and to big brother and sister Mason and Penelope! The baby’s name has not been released yet but “Momager” Kris Jenner joked that he was going to be named Stuart. What are your thoughts? Post your comments below.