Kris Jenner Opens Up About Her Divorce From Bruce Jenner: “I Feel Like A Failure” 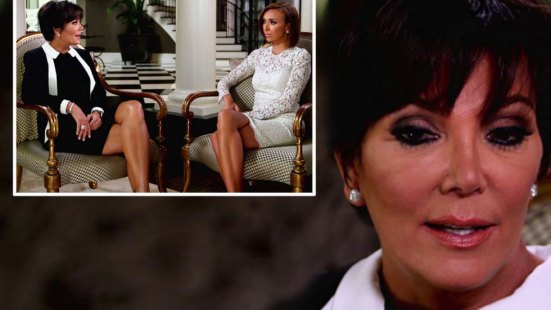 For the first time since filing from divorce from her husband of over twenty years Bruce Jenner, Kris Jenner is opening up about the decision. Kris filmed a one-on-one interview with Giuliana Rancic for “Beyond Candid With Giuliana” in which she talks about how hard the decision was for her and that she now feels like a failure. In the interview, Kris said:

“I signed up for happily ever after and it didn’t work out that way and it makes me feel really sad. I feel like I failed at something because I wanted it to be that relationship for the rest of my life. When I realized that it wasn’t then you want the next best thing and that’s an amazing friendship. You dont spend 25 years of your life with somebody and then just walk away and say I don’t want to talk to you anymore.”

Kris and Bruce publicly announced their separation last year but Kris didn’t formally file for divorce until two weeks ago. The couple will share joint custody of their youngest daughter Kylie who is 17-years-old. The older daughter Kendall is already 18-years-old. Kris remains hopeful that she will find love again saying:

“I want to definitely be in love, I like being in love, I think there’s no better feeling in the world. So yeah, I mean that would be amazing.”

Insider: Bruce Jenner’s Transformation Into A Woman, Years In The Making?