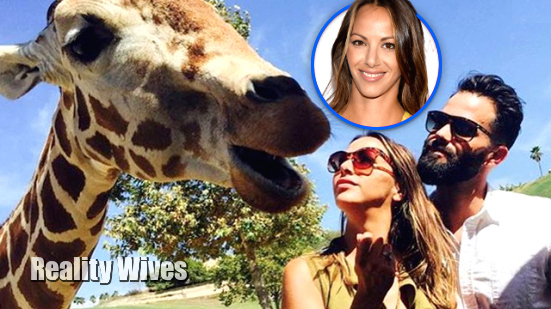 via Radar Online:
No more tears! Kristen Doute may have been unlucky in love for years, but it seems she’s turned a corner.

“They starting dating in July, but they’re already falling hard for each other,” a pal tells Radar. “He’s a really great guy.”

Unlike her past relationships with Kennedy, 22, and Tom Sandoval, 32, this romance has been “very low drama,” insists the source.

The L.A. couple sticks to low-key bowling and beach dates, but has big plans on the horizon.

“They’re going to New York together for a fun vacation in two weeks,” the source adds.

Doute first went public with Carter, who goes by his last name, during a trip to the San Diego Zoo with friends in early September.

“Confirmed: I am a giraffe whisperer,” she captioned a cute photo.

confirmed: I am a giraffe whisperer. thank you @sdzsafaripark for the best day of my life.

And Doute gave her guy his first solo photo debut on September 28, calling him her #MCM.