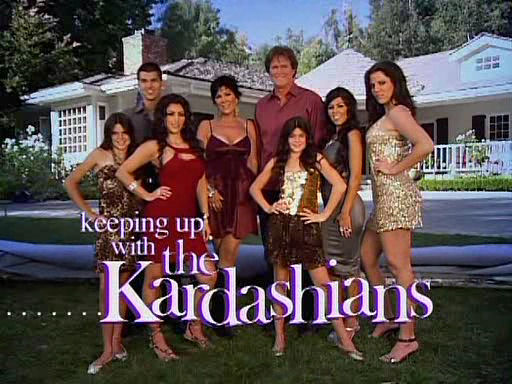 On Monday, January 5th, E! released the video preview of Keeping Up With The Kardashians‘ season premiere and the video is raunchy to say the least. In the clip, Kim Kardashian talks about whether or not she and Kanye West have sex in the bathroom trying for a second baby. Their daughter, North is one-and-a-half years old. When sister Khloe Kardashian asks if she “boned” in a public bathroom, Kim just points at Khloe and smiles. Khloe says: “You’re trying that hard?” Later in the clip, Kim is seen speaking to a fertility doctor before bringing a pile a pregnancy tests to Khloe.

In the clip, Bruce Jenner also brings up family drama by asking Scott Disick: “Do you think Kim and Kanye gave a f— if Brody were not to gonna show up to their wedding?” The family then begins to talk about Bruce’s new rumored romance with Kris’ ex-best friend. Bruce denies the relationship but Kim says that Kris still cries about it. Khloe posted the below picture then deleted it, probably to get some buzz for the new season. 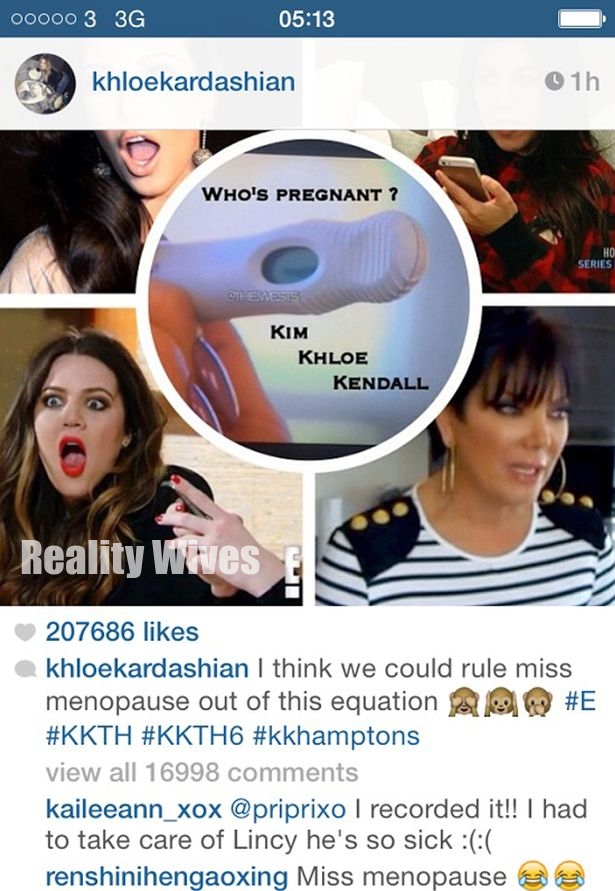 Will you be watching the next episode? Who do you think is pregnant? What are your thoughts? Post your comments below.