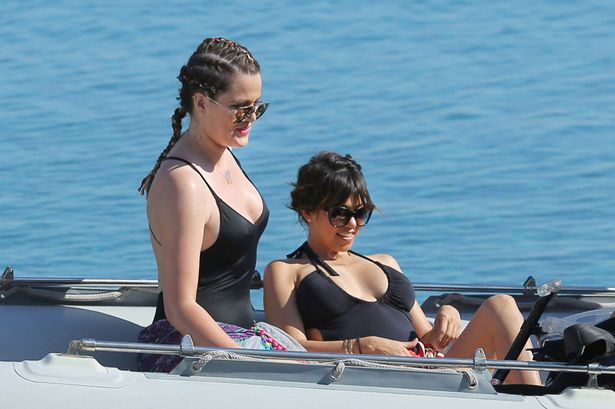 On Keeping Up With The Kardashians proved to be the most awkward with Kris Jenner “rubbing down” step son Brody Jenner with sun tan lotion. The two have had an awkward relationship for quite sometime and their dirty laundry was aired while on vacation in Greece. It all started when Brandon and Leah decided to take a couples’ day and spend time alone while the rest of the family went on a yacht for some quality family time. Brody revealed in his one on one interviews that he always felt Kris was the reason he was kept away from his father and that it painted Kris as a villain in his eyes. Kris can obviously feel the tension with Brody and is attempting to make it less awkward in all the wrong ways. For one, she makes sexual innuendos in front of him, making the entire room uncomfortable, then she attempts to oil up his back by remarking that his dad’s back looked the same way. The entire family, including the Kardashian girls are so disgusted and Kris looks like she realized she made a stupid comment.

In the end of the episode, Kris and Brody sit down together to talk it out and while Kris wants to make amends and work on their relationship, Brody isn’t ready to let it go that Kris didn’t even invite him on the family vacation and lets her know his feelings. Kris takes it as an attack and can’t believe Brody would blame her for the strained relationship he had with his father. The two show no signs of making it work and next week’s episode chronicles the rest of this fight. 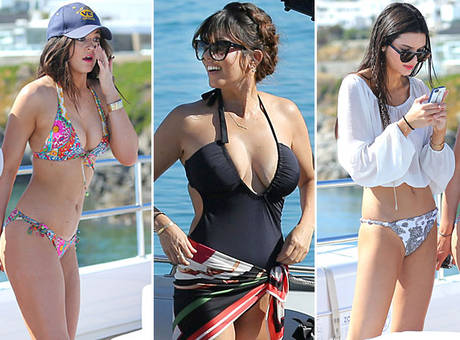 Meanwhile, Scott is no where to be found on this family vacation and when Leah asks Kourtney how she feels about this, Kourtney says that it stinks but it’s better for Scott because he gets anxiety over spending a lot of time with her family. Scott is actually vacationing in England and visiting with some of his friends. While doing appearances there as Lord Disick, he is also being photographed leaving the clubs at all hours of the 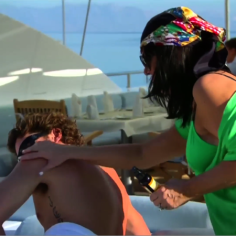 night with other women. Kourtney trusts that he isn’t doing anything with them but is mad at Scott for even allowing himself to be photographed in the first place. Scott decides in the end that he should be on the family vacation making memories but would like a few days in England to relax and enjoy himself.

Meanwhile, we hear the first mention of Kim’s baby’s name in this episode. Kourtney and Brody both say they are rooting for North West because it’s a great name and not too “tomboy-ish” while Kim says that since it is Kanye and Kim with K’s she hopes to name the baby with a K name but fears that people will refer to them as the KKK. She also says that Kanye has stated that since he loves Kim and himself more than anything in the world, he will obviously be a great dad since the baby is half of both. Okay, that just shows how self centered Kanye is and makes him look awful.

While we already know Kim chose to name the baby North and followed Kourtney and Brody’s advice, we have to wait until next week’s episode to see if Kris and Brody can save their relationship. Do you think Brody is being sensitive or his argument with Kris is legitimate? 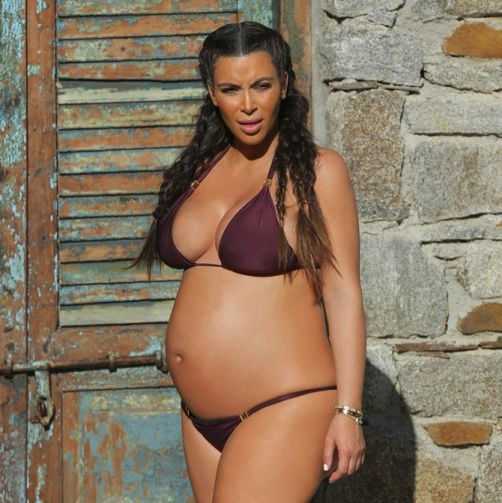