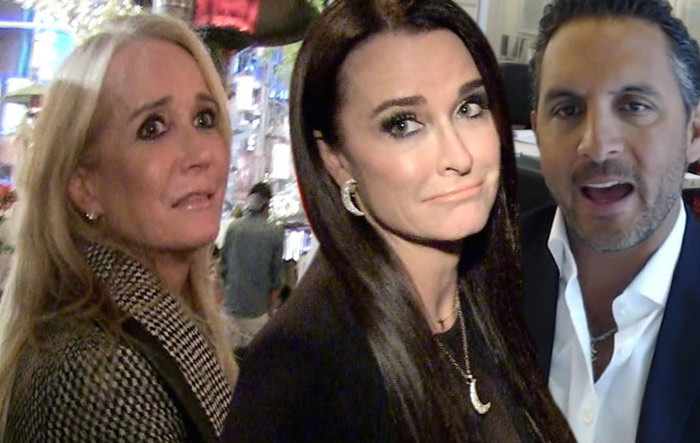 via TMZ:
Kim Richards has just lost 2 of the most important people in her life, because we’ve learned her sister Kyle and husband Mauricio Umansky have washed their hands of her … ironically, to save her.

Sources connected with the family tell TMZ, Kim stayed in Mexico after her daughter’s wedding and was perpetually wasted. We’re told in the last few days, Kyle and Mauricio had a security guard fly down to Cabo and literally force Kim onto an airplane where she returned home to L.A.

Our sources say Kim has promised to re-enter rehab, but it’s not flying with Kyle and Mauricio. We’re told they feel they have done what they can do to save Kim, and the only thing left is tough love.

So, Kim is no longer their problem. If she ends up on the streets, then that’s what has to happen. We’re told things are so bad, Kyle and Mauricio feel Kim is actually in danger of dying. But they believe the only hope is for her to realize they will not be her safety net to constantly bail her out.

More in Real Housewives Of Beverly Hills (274 of 807 articles)