Just for the record, the title alone is joke worthy. A baby will not fix the problems Kyle Richards, husband Mauricio Umansky, Rick and Kathy Hilton have. LOL! I’m laughing at Radar Online’s story – which means it’s probable true, someone from the RHOBH camp is always selling stories to ROL. 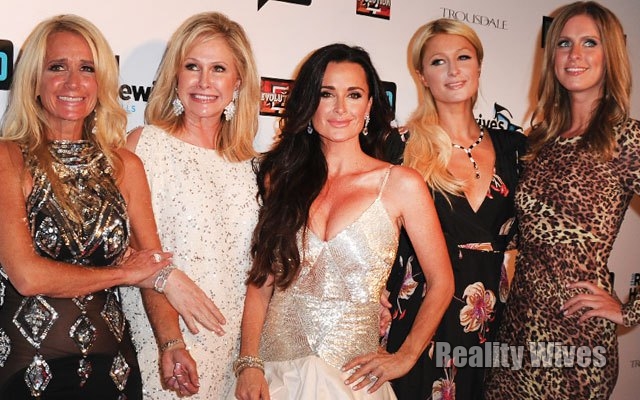 It has been a rocky road for the Richards sisters, but could a new baby be the cure for what ails this feuding family? Kyle Richards certainly hopes so!

Kyle’s niece, Nicky Hilton, is expecting her first child with her new husband, James Rothschild. The joyous announcement came on the heels high drama surrounding the pair’s London wedding, which played out publicly on RHOBH.

The fallout continued for months, with sister Kim Richards, 51, and half sister Kathy Hilton, 56, snubbing Kyle on her birthday this month. Still, Kyle remains optimistic about the future.

“The thing is, unfortunately, it was highlighted on the show and that’s the down side of being on a reality show,” Kyle said. “We go through things, but we’re fine and we love each other.”