Kylie Jenner & Blac Chyna Have Been Best Friends All Along? 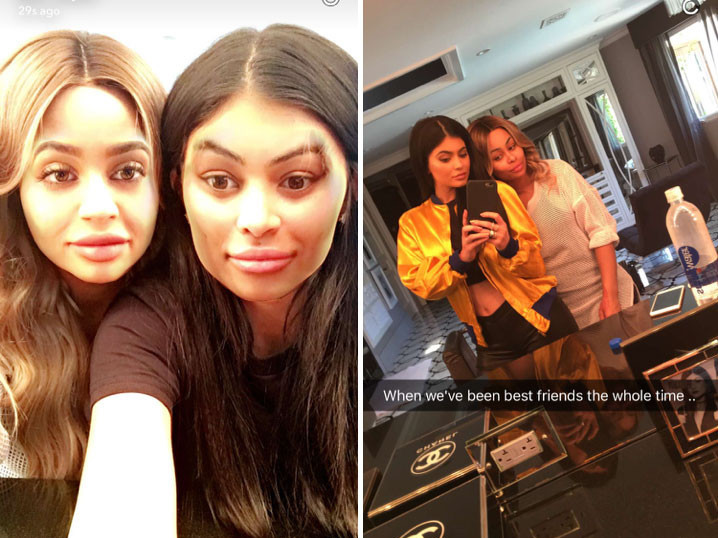 Kylie Jenner and Blac Chyna pulled the wool over on EVERYONE the famous enemies now say there was never any beef between them over Tyga or Rob Kardashian.

Kylie and Blac Chyna just did a Snapchat together (complete with face swap). From the looks of it, Chyna’s made it over enemy lines and into one of her future in-laws’ homes.

Kylie captioned the images cheekily, “When we’ve been best friends the whole time”

We ain’t buying it was fake all along, but it at least LOOKS like they’ve buried the hatchet over Kylie banging BC’s baby daddy and Chyna banging KJ’s bro.

Blac Chyna also posted with her own caption: “Hanging out with my lil sis.”

I’m not buying it. What are your thoughts? Post your comments below.