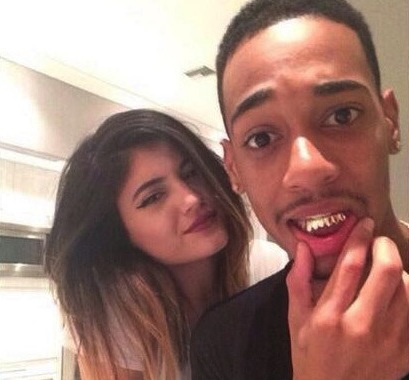 Kris Jenner youngest child Kylie Jenner is now BFF’s with Lil Za, who was just charged with 3 felonies. The picture above was taken Sunday at Justin Bieber house which was raided a few weeks ago.

Lil Za is 20 and Kylie is 16.Lil Za was arrested after the raid when police claim they found MDMA (ecstasy) and Oxycodone near him in the house. He’s been charged with felony possession of controlled substances and another felony for breaking a jail phone. What are your thoughts? Post your comments below.