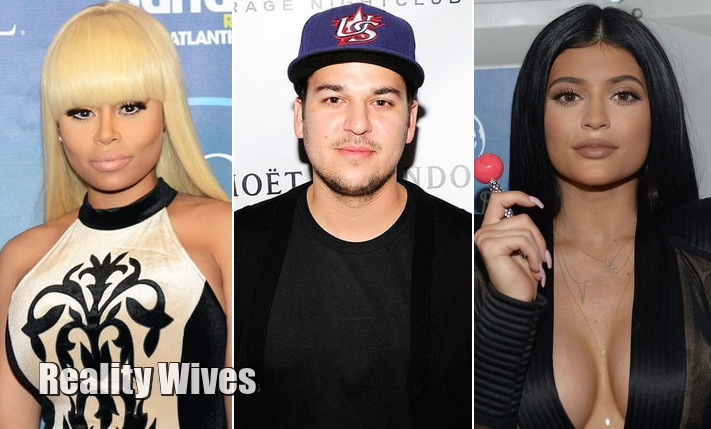 “Kylie is livid,” a source tells PEOPLE. “She feels super betrayed and can’t understand why someone in her own family would stab her in the back like that.”

Blac Chyna, whose birth name is Angela Renée White, is Tyga’s ex-fiancée, and together they have a son, King Cairo, 3.

Jenner has been dating the 26-year-old rapper since late 2014, but the pair didn’t take their relationship public until last August when they went on a PDA-filled trip to celebrate her 18th birthday.

And Blac Chyna’s bad blood with Jenner involves her famous sisters. The mother of one was once close friends with Kim Kardashian West, though the friendship appears no longer. In addition, Khloé Kardashian and Blac Chyna’s BFF Amber Rose have had many public feuds on Twitter regarding Jenner’s relationship with Tyga.

Furthermore, Tyga and Blac Chyna aren’t the friendliest of exes – he lashed out at her on Instagram in September for allegedly spreading rumors that he couldn’t afford the Ferrari he bought Jenner for her 18th birthday in August.

Tyga has become very close with Jenner’s family, having vacationed with the tight-knit brood in St. Barts this summer. And the rapper is also friendly with Scott Disick and Khloé’s boyfriend James Harden.

On Monday, Blac Chyna shared an Instagram photo of herself wrapped in the tattooed arms of Kardashian, seemingly announcing her new relationship with Jenner’s sibling.