The pregnancy rumors surrounding Kylie Jenner and Tyga have started again, but it looked like big sister Kendall Jenner may have confirmed the news months ago.

A screenshot of a tweet made by 19-year-old Kendall Jenner in March 2015, that was up for a quick second before it was promptly deleted, included a photo of a positive pregnancy test and the message, “I don’t care what anyone says. Congrats @tyga.” 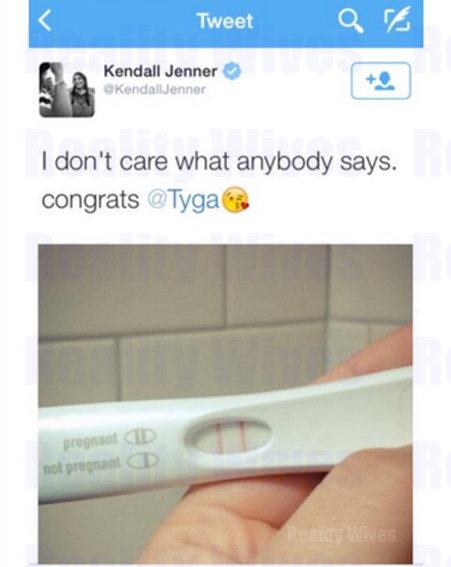 What are your thoughts? Is this a pimp Kris Jenner PR/tabloid move? You know how they lie ALL the time about everything. Post your comments below.