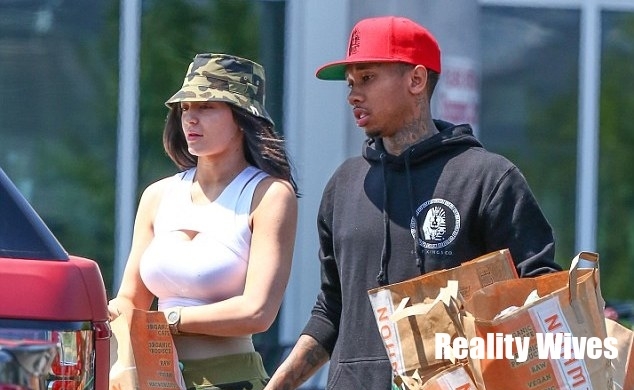 via Radar Online:
Kylie Jenner plans to tie the knot with Tyga a lot sooner than expected.

“Right now their plan is to get hitched in August,” which is when Jenner will finally turn 18, an insider tells Radar.

Once they are official, Jenner and 25-year-old Tyga want to get a fresh start away from all the drama. “They are making plans to quit LA, for a brand new life away from her family and his baby mamma, Blac Chyna,” notes the insider, revealing that a move to New York City or even Europe are among the possibilities they’ve kicked around.

“Kylie is done with the constant criticism and micro-management from her family, especially Kim, and she’s dead set on going her own way as soon as possible,” adds the insider.

As Radar reported, Jenner was recently spotted sporting a suspicious ring on her left hand as she and pal Pia Mia left Tyga’s Hooray Henry’s nightclub performance in L.A.

I'm just gonna do whatever makes me happy in life