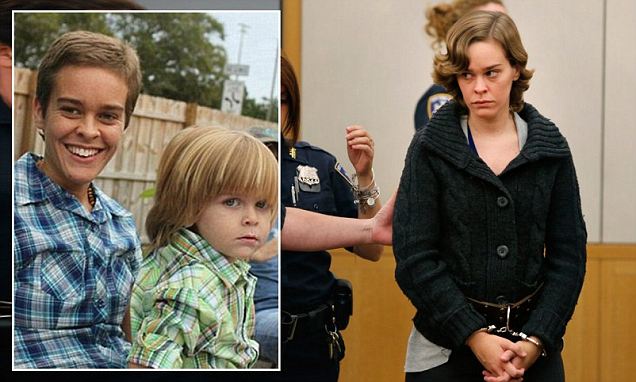 via LOHUD:
Lacey Spears pleads not guilty of murder in son’s death

His killing, police said, was the final act of a deranged mother who, fueled by attention on social media, medically tortured her child for years.

Lacey Spears pleaded not guilty Tuesday to murder and manslaughter charges in the poisoning death of her five-year-old son, Garnett. She was ordered held without bail at Westchester County jail and is due back in court July 2.

The only words the 26-year-old Alabama native uttered in state Supreme Court in White Plains were “Yes, sir,” when Justice Barry Warhit asked if she was Lacey Spears.

Assistant District Attorney Doreen Lloyd presented the government’s case, focusing on Spears’ time at Nyack Hospital between Jan. 17 and 19 when, Lloyd said, the mother took Garnett into the hospital room’s private bathroom and administered the sodium into a tube in the boy’s stomach.

“This mother was intentionally feeding her son salt in toxic levels,” Lloyd said.

Lloyd said prosecutors know from computer records that Spears had searched the Internet to research what the effects of salt would be on her son.

Acting on a sealed grand jury indictment, law enforcement on Tuesday obtained a warrant to arrest the former Chestnut Ridge resident on a charge of second-degree murder and first-degree manslaughter in the Jan. 23 death of her son, Garnett, at Maria Fareri Children’s Hospital in Valhalla, sources said. The murder charge does not accuse her of intentionally killing her son but of acting with depraved indifference toward his life. Spears, 26, who had been staying with her parents in Kentucky, had returned to Westchester and was accompanied by her attorney, David Sachs.

The grand jury’s vote concluded a two-week presentation from prosecutors, who based their case on months of investigation in New York, Florida and Alabama — where Spears and her son lived — and Tennessee, where they visited Vanderbilt University Hospital.

“This is a very sad day for everyone, but it is a day for justice,” Calabrese said. “Justice for the betrayal of the intimate trust between a mother and child, justice for a mother’s continual abuse and death of her innocent child for her own selfish psychological needs and financial gain; justice for Garnett.”