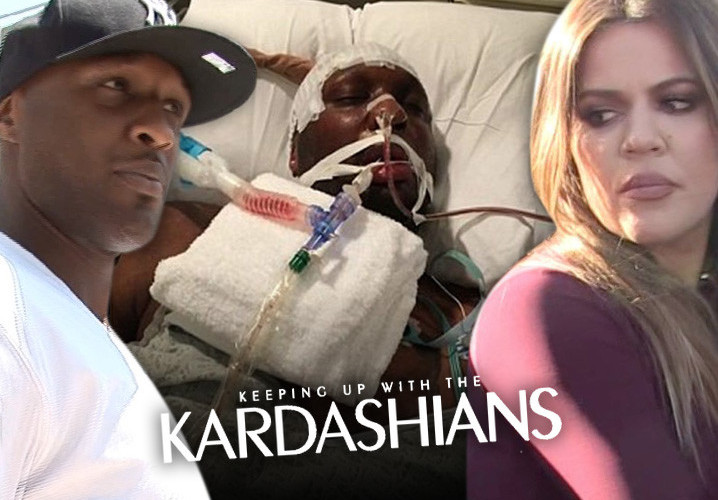 Khloe Kardashian shot a bunch of photos and videos of Lamar Odom on life support but he signed off on them being used on “Keeping Up with the Kardashians” TMZ has learned.

Sources closely tied to production tell us Khloe took the images of Lamar in his hospital bed, so she could “share with him his progress when he got better.”

We’re told when Lamar got better, Khloe showed him the images and HE decided he wanted them on the show.

As for Kim’s declaration during Lamar’s darkest days that the family did not have TV cameras in the hospital — we’re told that’s true. The loophole is Khloe’s smartphone which was used to take the LO images. But, again, we’re told he had every opportunity to nix airing them.