Three Kentucky police officers and a police canine were killed and at least four other officers were injured in a shootout at a home of what police called a “terrorist on a mission.”

Lance Storz, 49, was taken into custody after an almost five hour standoff with officers who had showed up at his door in Prestonsburg with a warrant for his arrest in a domestic violence incident.

Lance, was armed with a rifle, opened fire and hit two officers in the incident, according to police records.

Lance barricaded himself inside the home with his wife and daughter and kept firing at the officers.

The deputies called for backup and several agencies responded, including state police, officers from neighboring counties and a SWAT team.

“They encountered … pure hell when they arrived. They had no chance,” Floyd County Sheriff John Hunt told reporters. According to records, the deputies had not made any contact with the shooter when the gunfire began.

Lance apparently had a plan and “pretty much executed that plan almost to precision,” Sheriff Hunt said, adding it took several hours to find out where the gunman was firing from.

“(The suspect) was a sheer terrorist … he was just a terrorist on a mission,” the sheriff said.

Floyd County Attorney Keith Bartley said: “These are human beings. These are people with children, spouses, moms and dads, their world will never be the same.”

The standoff ended with the suspect being taken into police custody, according to WMDJ.

His wife and daughter were unharmed.

One deputy who took cover under a running patrol vehicle ended up with carbon monoxide poisoning.

Multiple officers from different agencies were shot and brought to local hospitals.

Lance, is in jail in Pike County, an arraignment has been set for the 1st August at 1 pm. 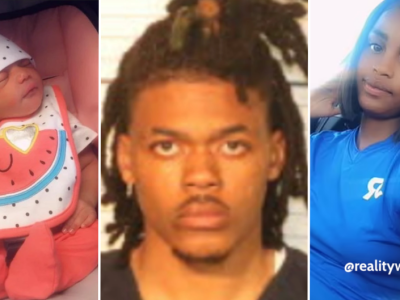