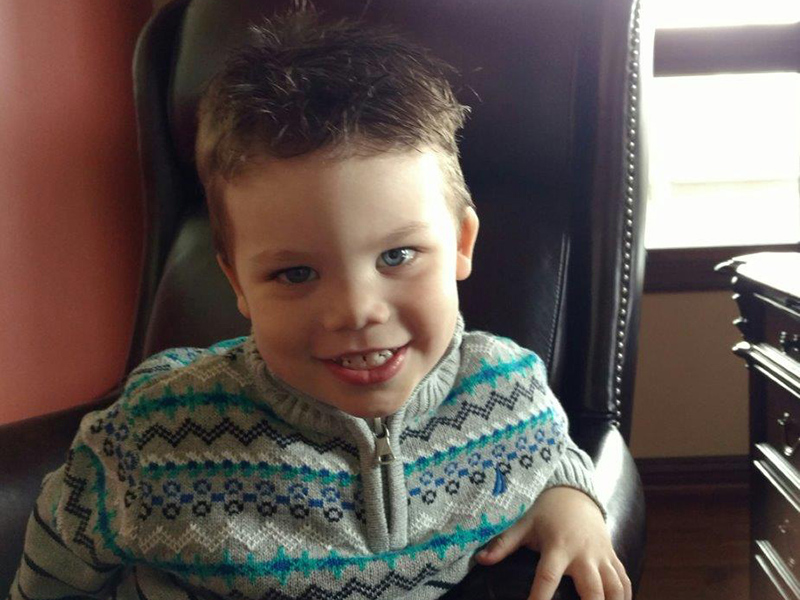 The body of the Nebraska boy who was dragged into the water by an alligator near a Walt Disney resort was located Wednesday afternoon.

Lane Graves, 2, of Elkhorn, was on vacation with his family in Orlando, authorities said.

His father, Matt Graves, attempted to save the boy to no avail. His mother, Melissa Graves, was in the area at the time.

Matt Graves works at Omaha Infogroup and has served on the board of the Omaha Chamber of Commerce since 2013.

“The loss of a child is a special kind of tragedy, particularly hard to comprehend. Our thoughts and our prayers are with the Graves family during this time of unthinkable sadness. Matt has served on our Chamber Board since 2013. We stand ready to assist him, his wife and family as they grieve the loss of Lane,” said CEO and president David G. Brown.

“Matt Graves is a leader of our Omaha Infogroup office as well as our chief data officer. He is a dear friend of mine and an integral member of the Infogroup family, and I am absolutely stunned and heartbroken to learn of his family’s unspeakable loss. Matt’s family is the light of his life and his family’s anguish is our own.”

Wednesday afternoon, Orange County Sheriff Jerry Demings said it appeared the child died after being dragged by the alligator into the water, where he drowned. The child’s body was intact.

“We have no reason to believe the body recovered is not that of Lane Graves,” Demings said.

The family was distraught but somewhat relieved that we were able to find their son with his body intact so that they can come to grips with what has happened, the sheriff said.

The family attends St. Patrick’s church in Elkhorn, where they sent an email to parishioners:

“It is with a heavy heart that we write to you today to inform you of a tragic loss to one of our parish families…the family of Matt and Melissa Graves have lost their two year old son Lane…please honor their privacy at this time and keep them in your prayers.”

The Graves are new to Elkhorn, neighbors told KETV NewsWatch 7, but are already adored. Their church sent a parish-wide letter asking all to pray for the family.

“To hear of Lane’s passing, in such a tragic manner, has been hurtful to our parish and community,” said Norman Hale, principal of Elkhorn Saint Patrick’s School.

Hale said Lane’s 4-year-old sister is a student, but he said the church considers them all family.

“It’s unimaginable,” he said. “The grief and what they’re going through right now.”

Search efforts went through the night and into morning, using sonar, searching by land and air as well as more than 50 officers.

“We have also brought in some experienced alligator trappers who know how to go out and find alligators,” said Nick Wiley, executive director of FWC.

Authorities said this is the first time something like this has happened at Disney, in 45 years of operation.

The Graves got to Orlando on Sunday. Friends back home said they’ll be there for the family to lean on when they return.

“What we know as a parish family, when one person hurts, it’s something that impacts everyone,” Norman said.

Deputies taped off the scene and searched the waters.

Florida Fish and Wildlife units also assisted and had an alligator trapper on the water with deputies.

“We’re going to hope for the best in these circumstances, but based on my 35 years of law enforcement experience, we know that we have some challenges ahead of us at this time,” the sheriff said.

According to Demings, the family of five was vacationing from Nebraska. Lane and his father were wading in about 1 foot of water when the alligator attacked Tuesday night.

“The father entered the water and tried to grab the child and was not successful in doing so. The mother also may have been in the water. So the parents diligently tried to get the child,” Demings said.

Witnesses as well as Florida Fish and Wildlife officials reported that the alligator could have been up to 7 feet long.

“Everyone here at Walt Disney World Resort is devastated by this tragic accident. Our thoughts are with the family and we are helping the family and doing everything we can to assist them,” the spokesperson said.

“Everyone here at the Walt Disney World Resort is devastated by this tragic accident. Our thoughts are with the family. We are helping the family and doing everything we can to assist law enforcement.”