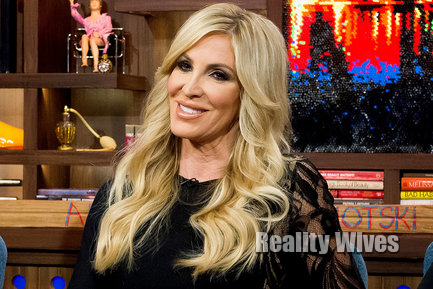 Real Housewives Of Orange County alum Lauri Peterson has tried to keep her son Josh Waring’s drug addiction problems quiet. He and his wife had a baby, Kennedy, 3, and because of their brushes with the law and continued drug abuse, Lauri and her husband George Peterson adopted their grandchild.

“As most of the viewers know, I have a son and he’s had just a lot of challenges. And he and his wife had a baby almost three years ago. He’s really struggling and, well, they’re both really struggling. And so George and I elected to help out and we actually adopted Kennedy, and so we’re raising her. It’s been such a great experience because this is helping them out and hopefully they can get their lives together and be OK. But on the other hand for George and I, I’ve watched him raise his kids, he’s watched me raise my kids, but we didn’t have a child together and now I get to see a side of George that I’ve never seen before. And if I was in love with him before, I’ve fallen so hard in love with him now because he is so generous to take on this huge responsibility.”

Josh latest brush with the law was arrest for arrest for shoplifting and possession of meth paraphernalia in fight with police in KMart that was caught on camera. 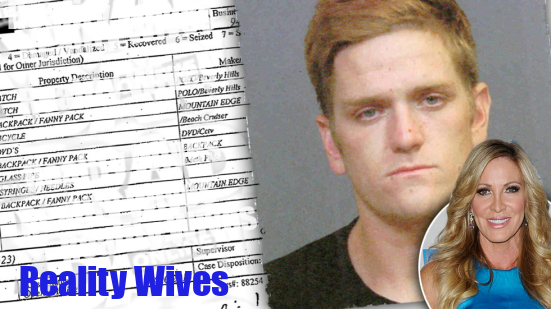 According to a police report Joshua Waring was arrested by Costa Mesa, California, police on the 20th August, 2014, after it was alleged that he stole a $35 backpack and a $39 watch from Kmart.

He was “bending or ducking down in the aisles,” allegedly to avoid the surveillance cameras, Josh bought some spray paint and an Icee, according to the report, but he left the store without paying for the backpack he was wearing around his shoulders and a new Polo watch around his wrist. Josh was confronted by store security, he returned the backpack. Josh was described as “verbally and physically aggressive” when he “picked up his bicycle and swung it at the guard with clear intent to hit him,” and nearly ran over guards on his beach cruiser when he tried to get away.

After throwing his bike to the ground, Josh escaped on foot, but police caught up to him at Niko Niko Sushi restaurant down the street.

There, a restaurant employee told police Josh had left behind a few belongings, which officers found to be three cell phones, a $10 bill, a box of Camel cigarettes filled with a used syringe, and glass meth pipe with “burnt residue inside,” the report stated.

When questioned by police, Josh denied the drug tools were his, but when officers watched the restaurant video footage, the video showed him placing the belongings and his hat on a counter. JOsh could be seen< em>”watching someone outside,” according to the report, and “looking very concerned.”

More in Real Housewives Of Orange County (108 of 364 articles)