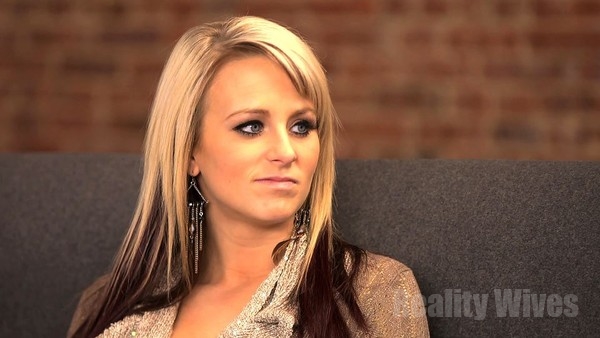 In November, Leah Messer shocked and upset fans when she announced that she was “sorry” but she would not be returning to season 6 of Teen Mom 2. Shortly after her announcement, Leah’s family members claimed that the decision came after Leah’s custody battle with her twin daughters’ father Corey Simms after MTV aired a clip of Leah appearing high on prescription anxiety medication and slurring her words. Leah later said that the medication she was prescribed by a doctor didn’t treat her body well and she quickly changed to a different medication. But this week Leah announced that she had had a change of heart and would be returning to MTV’s much anticipated season 6 of Teen Mom 2. A source close to Leah explains:

“Leah didn’t want her drama on TV anymore. She was scarred by how her split with Corey [Simms] played out on TV. Jeremy and Leah are still together. He’s not checked out of their marriage.”

Leah and her husband Jeremy have had a rough couple of months after he alleged that she cheated on him with her ex-boyfriend Robbie Kidd. Robbie has denied the affair as has Leah. Are you happy Leah is filming again? What are your thoughts? Post your comments below.