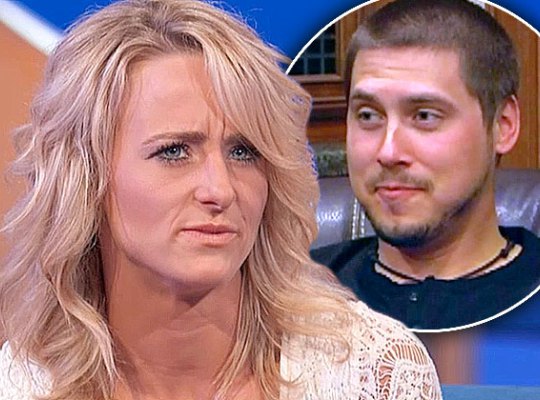 Is Jeremy Calvert choosing his girlfriend over his daughter? That’s what Leah Messer implied when she revealed her ex-husband hasn’t been involved in their daughter’s life in a preview clip for the Teen Mom 2 reunion special.

“I don’t know what’s wrong with him right now,” she told Dr. Drew Pinsky of his relationship with Adalynn, 3. “I have full custody of Addie. He was doing great, but he moved in with his girlfriend in Ohio.”

When Dr. Drew asked if it’s difficult to get Calvert involved in their daughter’s life, she replied, “Yeah.”

Despite his actions, Messer revealed he has tried to keep their co-parenting relationship amicable.

“He wanted to meet with me because he didn’t want to treat me how Corey and Miranda [Simms] treated me,” she said of meeting his girlfriend Brooke Wehr.

On the season finale, Calvert dropped off their daughter with his mother so he could pick up his girlfriend’s child.

“He needs to stop worrying about someone else’s child and worry about his own,” she said. “Arrangements should have been made where he could care for his child and she take care of hers. That’s not fair. You see this little girl all week. You don’t see Addie all week. That’s what breaks my heart for this kid.”