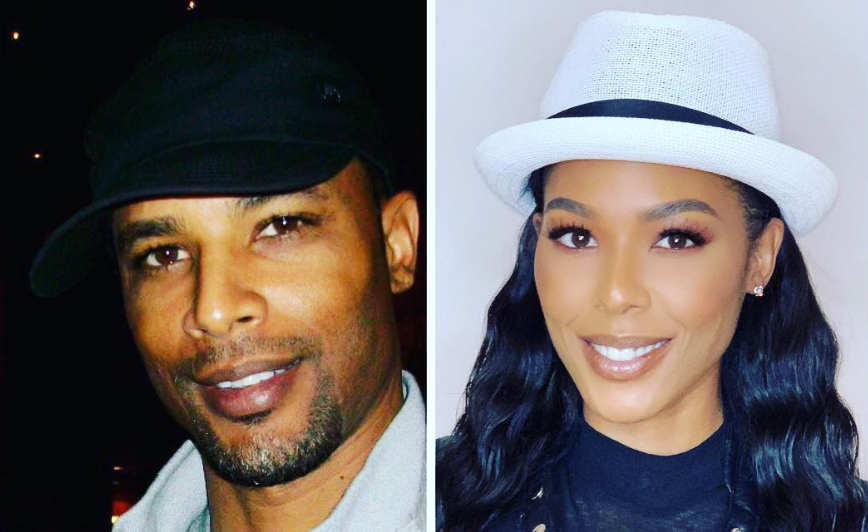 She initially was hurt, but now does not feel a thing. I wonder why she decided to ‘out’ him now.

So every time I’m live with my mom @marlatalks & you guys swear I look just like her. Don’t get me wrong. My little mommy is a Beaut ❤️.

But If you ask me, this guy & I are twins (aesthetically). Yup. You guessed it.
Introducing my biological father, Mr. Michael Lloyd Slaughter. You won’t find him on ig…I can’t even find him in real life ‍♀️. But you can find him on FB.

He disowned me . First for reciprocating the extreme disrespect he’d unjustly bestowed upon my mother.

Then because he didn’t want anyone to associate my brother Kyle, and my sister, Lauryn, with me because of my portrayal on reality tv. Lastly for coming out.

I used to feel so hurt. Then I felt angry. Then I felt slightly empathetic. Now I feel literally nothing about the matter. It took a while. Then I released.

Relieving him of his moral obligation & God given right (he had no legal rights), to love & be there for me. Relieved him of the freedom I’d given him to be in my son’s life ( he was in and out because he told my BD that he didn’t like me, & he’d been going behind my back to get to kam through dreux. But obviously never consistently enough).

Moral of the story you ask? He helped make me. He didn’t raise me. He loved me in the only way he knew how. It just wasn’t the best for me. I realized that it wasn’t my fault. I didn’t ask to be here. I didn’t get to pick my parents. It wasn’t my loss. It was his. I’m the child, whether I’m 3mo. or 32yrs. He’s the “parent.” It’s NEVER my responsibility to make him feel wanted. It was always his job to show me I was wanted by him. That I was loved by him. He just didn’t know how. But God had something bigger & better in his will for me.

And I was very loved, indeed. Not only by my mother. But by my Father, Dave @davetake6. A heavy presence in my life. My son’s life. And everything that we do & are. I wanted for nothing.

I’m sure Michael (I know of no good man with that name) has a different story.

Shahs Of Sunset | Jessica Parido Reveals She Gave Birth To A Baby Boy, After Believing Chemo Left Her Infertile