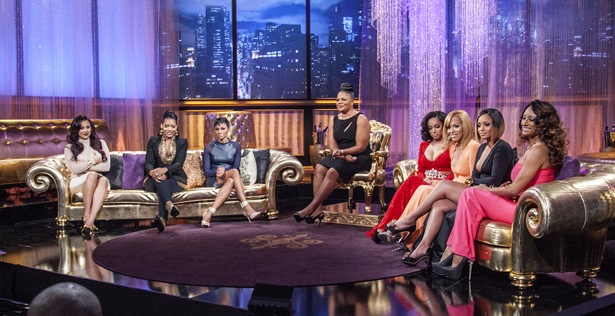 Love & Hip Hop has been renewed for a fifth season, the cast begins filming later this year. The two-part reunion for the current New York season will air on the 3rd and 10th of February Mo’Nique will be hosting. Love & Hip Hop Atlanta returns for a third season this May.

NEW YORK, NY – January 30, 2014 – On Monday, January 27th, VH1 wrapped up the highest rated season yet of the network’s hit series “Love & Hip Hop NY” with a finale that scored a 2.0 in the key adult 18-49 demo and attracted 3 million total viewers. When combined with the 10:00 PM ET/ PT encore, 4.2 million total viewers tuned in to the season four finale on VH1 Monday night.

VH1 is continuing that momentum by picking up a fifth season of the series, to begin production in New York City later this year. Additionally, the smash hit “Love & Hip Hop: Atlanta” will return to VH1 for a third season May 2014.

“Love & Hip Hop NY” dominated social media on Mondays. The season finale this week yielded a total of 27 trending topics, and ranked as the #3 most social show on all TV and the #3 most social show on all cable. During the finale, 82,000 unique tweeters generated 226,000 total tweets. Over the course of “Love & Hip Hop NY” season 4, the show averaged 140,000 tweets per new episode. (Source: SocialGuide)

Check out the “Love & Hip Hop: The Reunion” airing in two parts on VH1 Monday, February 3 and Monday, February 10 at 8:00 PM ET/ PT. Actress, comedian, and “Love & Hip Hop” superfan Mo’Nique presides over the reunion proceedings – and when this cast gets together, things are bound to get hot! The cameras capture the action not only onstage, but also behind-the-scenes backstage as old feuds are revisited and secrets are revealed.

Much of the heat this season was generated by the outrageous love triangle involving rapper-turned-manager Peter Gunz, Tara Wallace, and Amina Buddafly. Yandy Smith was juggling her career with the responsibilities of motherhood as her fiancé Mendeecees Harris was in jail awaiting trial. Erica Mena got hot and heavy with model Cyn Santana as she came to blows with sometime manager/lover Rich Dollaz. Tahiry Jose and Joe Budden found that getting back together isn’t always easy, even when you both want the same things, and Erica Jean and rapper Saigon struggled to make their relationship work while also doing the best for their son. Nya Lee is a vixen, an exotic dancer, and one of NYC’s hottest socialites, who is hustling to make it in the music business.