Have you missed your weekly dose of Love & Hip Hop? Well, last week Yandy introduced us to her trainer and cousin, Tahiry went after Kaylin and Mendeecees went after Maurice.  Drama, drama, drama! Let’s see what we get this week. We start with Yandy meeting Mendeecees after he assaulted her 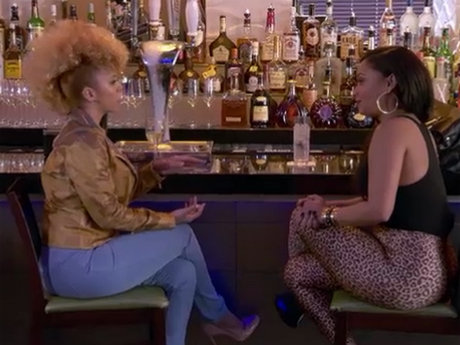 cousin. Mendeecees lives on the better him than me complex which is fine if you lived in a boxing ring. Yandy explains that it’s her family and he should’ve never put his hands on him.  Winter and Lore’l go out for drinks hoping to meet men. Winter tells Lore’l to ask men for stuff when she is dating them. Lore’l says she wants a lawyer or a doctor but Winter corrects her so she knows they aren’t interested in a female rapper. Lore’l dismissed Angela Yee last week and Winter is happy. Winter brings up her tell all book and tells Lore’l she is in the book. In the studio Rich Dollaz meets with Peter Gunz. Remember him and Lord Tariq? He tells him about Erica Mena! Peter says look don’t mess up the church’s money. Rich informs Peter that Erica isn’t under contract. Rich is told that he should differentiate the relationships and make it right. Peter says give Erica the music and let her go!

Mendeecees meets with Vado to discuss what happened when he got into the scuffle with Maurice. Vado says Maurice sounds like a weirdo and Mendeecees gives him play by play of what happened. Vado says apologize! At Jen and Cons apt he comes tumbling down the stairs looking like a hot mess. Please turn around. He replays the Raqi situation. Jen says who 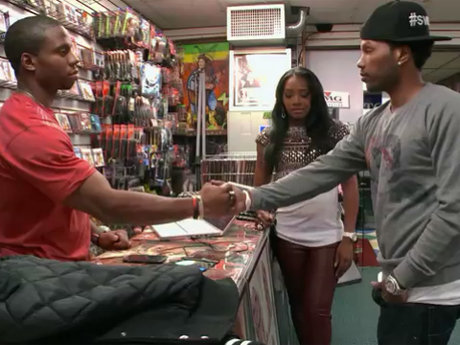 would think she was racist; her child’s father is black? Jen sometimes people don’t even know they have those feelings until someone puts them in the situation to bring out those thoughts. Cons offers to help Jen get her career back on line. They are going to pick sitters. Rich goes to visit his Momager. She is not a fan of Erica either and she seems disappointed with him. She say’s Erica is dangerous and needs a psychiatrists. Everyone wants Erica out of the picture. Momager says cut the record and let her go! Rich is about to cry and his Momager gets mad. Move on she says, Richard it can be easy.

Time to find a babysitter for baby Caiden! The first person walks in and says she knows Cons and her cleavage is out which distracts Jen. The second girl was very secretive, the guy was a makeup artist, the next lady seemed like the fit for him, and the last person is who Jen wants because she was a referral from her sister in law. Caiden likes her! Cons thinks Jen is rushing the process and he’d have to do the firing. Yandy and Mendeecees go to apologize to Maurice. Mendeecees looks like his just coming to get off punishment.  Maurice says he 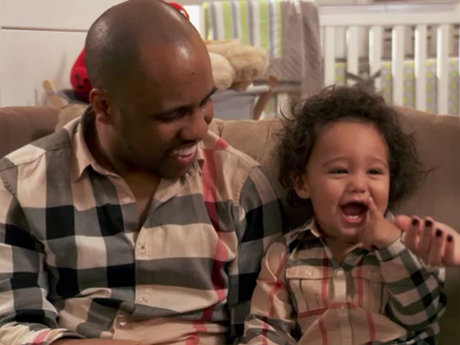 doesn’t even know if he likes Mendeecees! Mendeecees says he came to resolve and he apologized. Kaylin calls Tahiry to meet up and she wants to apologize. Seriously, she hit you why would you apologize. Tell her to not reply if Joe contacts her.  Tahiry claims Joe still raps about her to this day. Tahiry is just begging him to be on the record. Sit down please, goodness! That was just stupid. Yandy goes to Winter’s apt so they can catch up and talk business. Yandy is interested in the book. Yandy lets Winter know she is breaking the code by naming all the names of the various guys she slept with. Yandy says its serious business when you tell the business. Winter tells Yandy she should meet up with Lore’l and Yandy says it will be good. Winter mentions her book party.

Erica and Rich meet to talk. Rich took the cheap a** comment to heart and pulled up in an expensive car. He tells her they need a contract but Erica doesn’t see that things have a way they should go and she feels the contract isn’t really nervous. Erica thought Rich was going to propose but instead he told her he was cutting her off. He breaks up with her. Erica looks like she wished he had said Will you Marry me Erica Mena. She says she isn’t going anywhere. Time for the book party with Winter! Get your popcorn! Lore’l and 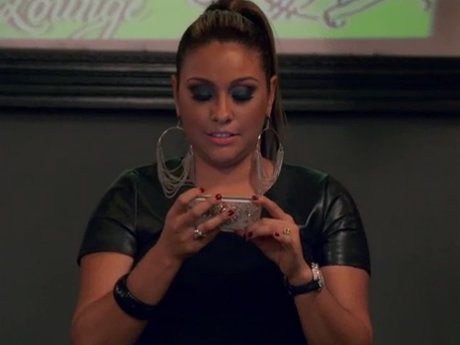 Yandy meet. Winter reveals her book cover and decides to read an excerpt. It’s about Lore’l! Winter says Lore’l’s personal life was trash because she was banging all these millionaires for free. At first Lore’l was into being read about but when the reading began she felt a lot different. Winter mentioned Red Café and how he said he couldn’t work with Lore’l but the way Winter read it; it seemed to have an undertone. Yandy thinks Winter was very wrong for telling about Lore’l’s business. Lore’ let her feelings be known and Winter stopped reading. Lore’l read her chapter and she saw red. Lore’l takes Winter to the side to let her know she read the whole chapter. Lore’l says she felt like an enemy wrote that. Winter says she was frustrated during their friendship when she wrote. Lore’l is highly offended. Winter can’t stand up and she grabs Lore’l‘s wrist while tumbling over. Yandy says save the conversation for later. Do you think Winter was right to read Lore’l’s chapter at the cover launch? Would you continue to be friends with someone who put your business on the street for profit?