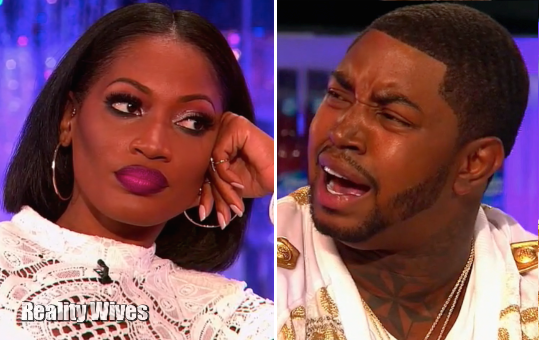 Love & Hip Hop Atlanta’s Lil Scrappy has finally agreed to pay the mother of his child, Erica Dixon $45,000 in back child support as part of an agreement.

Under this new child support and custody deal, Darryl “Lil Scrappy” Richardson will pay Erica $45,000 in back child support in $5,000 installments until 2017. He’ll also have to pay $800 a month in regular child support beginning on the 1st Oct 2015.

The pair worked out the plan for their 10-year-old daughter Emani during a three hour mediation session on the 10th Sept at DeKalb County, Georgia, Superior Court.

Erica will get the Emani weekdays and will have the final say on her healthcare and where she goes to school. Lil Scrappy will see his daughter on weekends and will be in charge of her religious and after school activities. The restraining order that Erica filed against Lil Scrappy will stand until summer 2016.

The estranged parents also agreed not to turn their court battle into a storyline on the next season of LHHATL, or talk about Emani on social media.

Erica had originally asked for sole custody Emani, and wanted Scrappy to have supervised visitation.