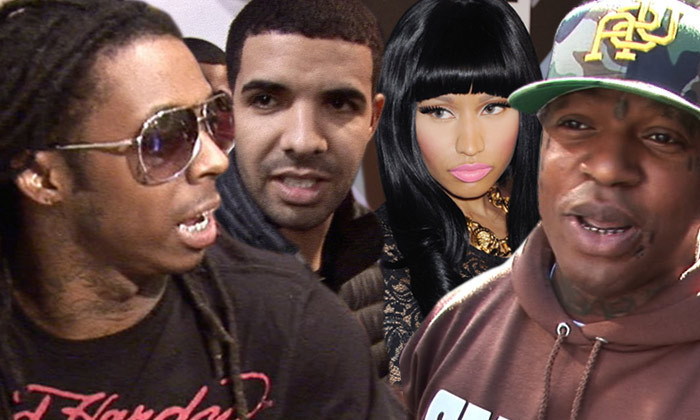 via TMZ:
Nicki Minaj and Drake are Lil Wayne’s goldfish … ’cause when he finally storms out of Cash Money Records — a la “Jerry Maguire” — he’s taking them along for the ride … even if Birdman has other plans.

Our Weezy sources tell us — in addition to demanding millions from Birdman — Wayne plans to sue to ensure all his Young Money Entertainment artists remain under HIS umbrella.

Drake, Nicki, Christina Milian, and Lil Twist are all signed to Wayne’s label. Mack Maine is also a YME artist, and the label’s president.

Even though Birdman was integral in molding Drake and Nicki’s careers … we’re told Weezy believes the superstars should go with him because their contracts are with YME.

Clouding the issue is the fact … Cash Money has a distribution deal with all of the Young Money artists. Most likely the matter will have to be settled in court, but we’re told Wayne’s intent is clear — he’s not leaving without his crew.