Mimi has drinks with Ariane and K Michelle and tells them about her meeting with Joseline and Stevie J. Ariane is not too surprised, K Michelle seems floored. It appears that the viewers of Love & Hip Hop Atlanta are the only people not surprised at Stevie J’s behavior and appalled that Mimi put up with it for so long.

Lil’ scrappy while eating his cereal is visited by his mom, who tells her he feels like a man again now that he has his own house. Also if he has a million chicks in his house running around naked, he can do that now and Erica is cool with his mind set now. Momma Dee asks Lil’ Scrappy if he has hit it yet with his best friend Shay. Am I the only one who thinks that kind of conversation is inappropriate between an adult woman and her adult son. Lil’ Scrappy tells his mother about Erica’s altercation with Stevie J. Both Lil’ Scrappy and Momma Dee believe Stevie J needs to be sorted out and checked. Is this an old country western, Yippee ki-yay at the OK Corral? 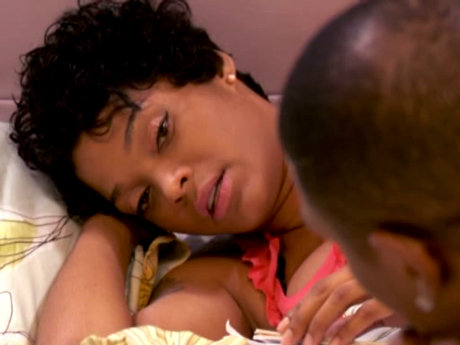 Joseline has an abortion. WHY? Stevie J comes and visits her and she shows him the medication she has to take after her procedure. I am pro-life; so now it’s OK to flaunt that you had an abortion just so you could further your non-existent career? If this is true, what moronic idiots; using abortion as birth control. Stevie J states he is celibate. Joseline says she has given her heart and soul to Stevie J, how are you going to give yourself to someone else’s man? Joseline starts to cry and Stevie J sounds like the Fonz trying to console her ‘heyyyyyyy’. Shut up.

Erica invites her mother over for lunch, she tells her mother that she and Lil’ Scrappy are in a good place and ready to be married, but she is not sure if he is ready.

Rasheeda cooks a meal and surprises her husband when he arrives home and sees the table set with candles outside on the verandah and they amicably talk about working hard.

Stevie J has been calling Mimi, she hasn’t been answering. Stevie J is as slick and sly as a dog, doesn’t seem to understand why 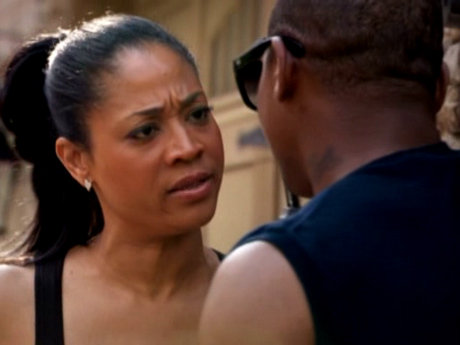 Mimi is upset. He asks what she wants to do. How about I’m sorry, I was wrong and want you and will not work with Joseline ever again. He is cool, calm and collected. Either the pregnancy is fake, but Stevie J’s reaction was priceless and odd. I think Mimi is over-reacting why? There is NO way she didn’t know Stevie was cheating on her for 15 straight years! She is just embarrassed as she is now being caught on camera.

Benzino, remember him? the CEO of Hip Hop Weekly counsels Stevie J that he needs to keep it zipped. Stevie J lies and said that he tried to talk to Mimi, all he did was say what she want to do. Benzino states that if he wants Mimi, he needs to make her happy and apologize. Stevie J is slime, but I see his kind of ‘man’ in all types of neighborhoods. They come a dime a dozen and some women let them get away with so much crap. Stevie thinks Mimi should accept him, as that’s the way he is, isn’t loving her enough?. Does Stevie know what love means? He claims to love both Mimi and Joseline. No he sexes both of them, that is all.

Lil’ Scrappy’s best friend Shay ‘Buckeey’ Johnson From Flavor Of Love and Charm School, comes and visits him in a bikini. He tells her about the Stevie J situation and they discuss he is protecting Erica as his baby momma and not as his girlfriend. Erica does not have any idea they are not in a relationship. Lil’ Scrappy is just sexing Erica. Shay then asks Lil’ Scrappy, to rub some lotion on her back and legs, he rubs her butt too. They then go inside.

Stevie J visits Joseline while she practices her dance moves. He sees that she is working hard, and says he loves her and wants to work with her so they can go places. Barf. 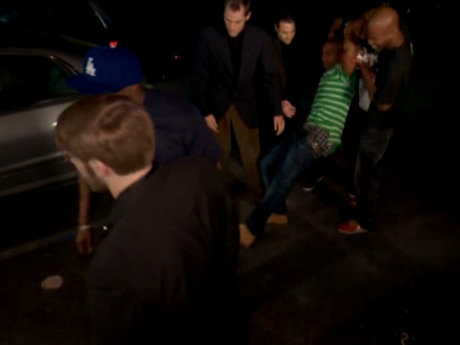 Lil’ Scrappy goes to see Stevie J who is with Joseline, of course. Stevie J said he was looking for Erica. Where? He then apologizes. Lil’ Scrappy starts to talk very calmly about calling his baby momma a b*tch. He felt disrespected as Stevie J wouldn’t want anyone cussing out his baby momma, Stevie J says he has 4 baby momma’s. Is that something to be proud of? If these idiots are walking statistics of stupid men, I don’t know what is. Joseline butts her big mouth in and wants to know if Erica and Stevie J had a thing. I’m not sure who threw the first punch, magically VH1’s camera’s were recording the grass. Stevie J was on top of Lil’ Scrappy was he trying to bite him and turn him into a vampire? Lil’ Scrappy was pawing at Stevie J’s head. I’m not for fighting, but that fight was terrible, they were just rolling around on the ground. But Lil’ Scrappy ended up with a bloody mouth and Stevie J with bruises. Stevie J did apologize, but I guess his nonchalant attitude got the best of Lil’ Scrappy. Was there anything Stevie J could have done to avoid that fight? Lil’ Scrappy went there looking for a fight.

Later, Stevie J claims he doesn’t remember if he slept with Erica. That’s a damn shame, why would anyone want to sleep with Stevie J, he is a walking petri dish.

K Michelle, Mimi, Rasheeda have drinks with Erica and she fills them in on the fight. 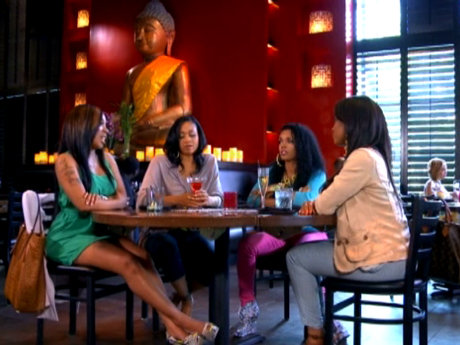 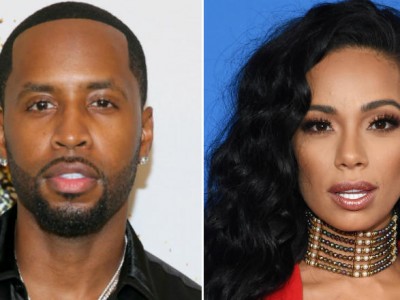