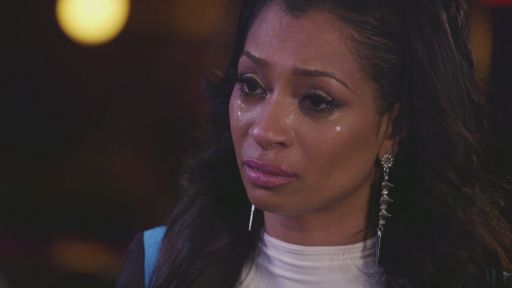 Karlie Redd and Kadea fight as Kadea admitted she is sleeping with Yung Joc. Karlie and Yung Joc are about to he gets out of the car, after telling her to leave, she drives off. Silly Joc, tricks are for kids. Karlie meets with Rasheeda and Erica and tells them she gave Yung Joc back his car, just dropped it off at his house. The ladies haven’t seen Erica in a while as she has been living it up with her new broke man, O’Shea Russell. Rasheeda shares that Kirk wants an inexperienced waitress as his son’s nanny. While Karlie is telling the ladies what happened when they were looking at the house, Yung Joc appears and wants to speak to Karlie. He apologizes – well he blames her – Karlie didn’t trust or believe in him, he then claims he should have talked to Karlie instead of acting out. Yung Joc said it was just sex. Karlie cries.

Lil Scrappy and Bambi talking about eggs and babies.

Tammy invites Joseline out to go shopping. Joseline tells her don’t forget to get the ring, so her man doesn’t try to give it to another woman. They talk weddings. Joseline later tells her she is doing a photo shoot and is looking for clothing for the shoot. Tammy shows her a dress she bought from a thrift store. Joseline wasn’t feeling that, and was throwing tiny jabs at Tammy, calling her a size 4, is that big? and that she has a big butt. Joseline tried on the dress on anyway. Tammy asks Joseline what is the cut of her ring, Joseline doesn’t know. So to change the subject Joseline asks Tammy, “When are you going to tie the knot?”

Lil Scrappy goes to visit Erica Pinkett he needed someone to talk to about the miscarriage. Lil Scrappy is the most confused young man on the show. He invites Erica to her party while she gets them both a drink with her butt cheeks hanging out. Desperation much?

Mimi, Rasheeda and Tammy have a spa date and they discuss their various issues. Tammy shares Joseline’s advice about marrying her man quickly. Mimi tell them about the tape which was “stolen”. Mimi also warns Tammy about Joseline and her sneaky ways. 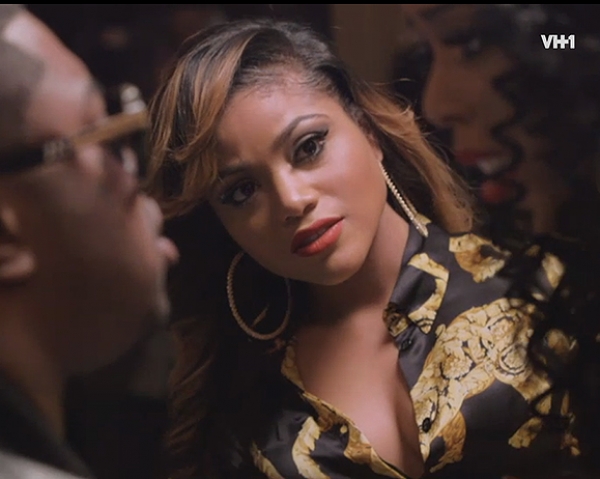 Rasheeda and Kaleena go and visit Jasmine at her job. They question her about Kirk. Jasmine said she is not cheating with Kirk, she admits they have had phone conversations about caring for Karter. Kaleena asks if she knows CPR, she does not.

Lil Scrappy’s birthday – Bambi feeds Scrappy some cake. Mama Dee the pimp meister MC’s. Erica arrives. Erica tells Bambi she is sorry about what happened. Bambi wants to know what happened, Erica responds about the pregnancy. Bambi is upset and wants to know who is she to know. Erica says hold on, and put her hand up to Bambi, then Bambi swings and hits Erica. They start to fight, Erica is escorted out. Bambi with her desperate self asks Lil Scrappy for a kiss, to know it’s real. A kiss makes it real, so what happens when Lil Scrappy kisses Erica later that week?