Is This The End?

The conversation continues with Erica and Lil’ Scappy. She doesn’t trust him and he cannot be loyal to her. She knows he is a good father and loves their daughter, but as far as them being in a relationship, that would be a no. Then Lil’ Scrappy states if he has done anything to her, “IF”? He is sorry. That is not an apology, own up to what you have done. There is no if.

Karlie meets Roscoe Dash for a drink, he wants to work with her on a song together. Roscoe asks if Karlie has a man. She said she is seeing someone, but her situation is complicated. Like we didn’t know that!

Karlie: I’m not easy I take it at ease.

Mimi, Joseline and Stevie are back in therapy. Why? Stevie walks into therapy with a ‘I am g-d’ t-shirt. Just so you know Stevie, god does not participate in therapy. Stevie J wants a great relationship with Mimi and a great working relationship with Joseline. Stevie has the passes to the bus, it’s his air, his bus and they should get with the program. Joseline isn’t concerned with Stevie sleeping with other women, she admits 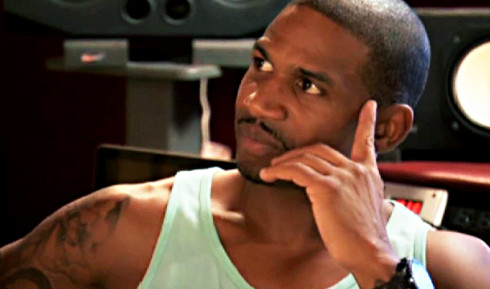 he slept with her best friend, who the gay guy? She likes girls too. This goes from bad to worse. If Joseline is ok with his other women, why was she upset when Mimi said she was living at his home? Stevie keeps talking about his bus and passes to his bus analogy. What drug concoction is Stevie J on and why is his imaginary bus in the middle of the desert? The only bus Stevie J is riding is yellow and it’s taking him to therapy where he needs to go by himself.

Mimi meets with Ariane and Ariane wants to know why Mimi went to therapy, Mimi states it was so she can get used to Stevie working with Joseline, which is not going to happen. Then why go Mimi? Mimi advertizes her cleaning business, which she has operated for 11 years. She does not need Stevie J and his abused penis. Stevie J visits Mimi at work and he implies everything is ok and they can work on their relationship. Wisely Mimi says no and the funny thing is, Stevie J is shocked and in disbelief at this revelation, especially when Mimi tells him that he has made promises before and their relationship has only gotten worse. How is the relationship not getting worse, Stevie J when Mimi is unhappy and your sleeping with other women?

Shay meets Scrappy at the studio and he tells her he loves Erica but it’s really over with her. Shay is upset and tears up, as apparently Lil’ Scrappy disappeared for a week and she couldn’t find him. She claims he is playing with her just like how Erica was playing with Scrappy. Wrong. Scrappy is playing around with both Erica and Shay. Speak the truth Shay. Again Lil’ Scrappy is a child and the only woman Lil’ Scrappy loves is his mother.

Benzino talks to relationship expert Stevie about his trust issues with Karlie, on many occasions, she is at the studio late at night and he can’t reach her. Stevie chirps in, ‘O the T word’. Does Stevie even know how to spell trust let alone what it means? Benzino is contemplating asking Karlie to marry him. *face palm*.

Erica has been on a few dates with her realtor, who is Italian. She wants a fresh start and I don’t blame her. Out with the old and in with the 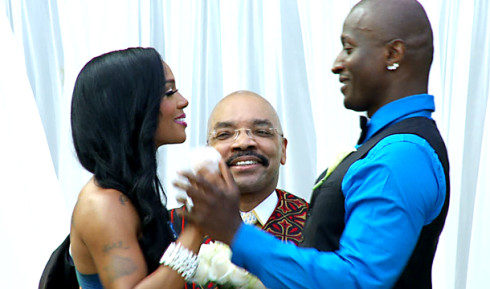 new. K Michelle tells Erica about the Rasheeda situation, as Rasheeda said that’s her friend and he doesn’t act like that. Which is ridiculous. If Memphitz did abuse K Michelle, why would he broadcast it to his current friends? Rasheeda leave well alone of a situation you did not witness. It’s all well you telling everyone, you know Memphitz, but you didn’t know him them and did not see the alleged abuse.

Joseline admits she wasn’t in love with Stevie only his work ethic and not him as a person. Stevie invites Joseline to meet one of his other artists who he happens to be rubbing on her arm as Joseline walks in.

Karlie has moved out of Benzino’s house. He meets her and brings her a ring, she asks him if he is ready, he changes his tune and says they are over. Delusional Karlie states if it wasn’t for her he wouldn’t be out there, is Karlie high? Benzino introduced you to Vince.

Rasheeda and Kirk renews her wedding in a sweet ceremony. Karlie Red is working hard on her music, her career comes first. K Michelle is a work in progress. Erica is looking for a new man, not a boy like Lil’ Scrappy. Lil’ Scrappy only wants to be tied down to G-d and his daughter, Imani. Joseline is now performing at concerts and is a Puerto Rican princess. Stevie J hasn’t changed and is going to be him, riding on that bus in the desert. Mimi hopes that Stevie J’s three daughters do not meet a man like him.