Chrissy and Yandy continue their argument outside.

Yandy let’s it known she is all about the check. Why is this a problem? Money makes the world go around. Chrissy loves to argue with someone, anyone.

Chrissy needs to know that Yandy works for Jim, not Chrissy.

Somaya meets with a potential producer Swift and she thinks he wants her, try to make some money then think about 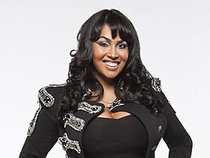 men Somaya! While discussing ways to market Somaya the brand, she states she is uncomfortable with her sex appeal. Somaya invites Swift out for dinner. After meeting Swift, Somaya sees Olivia in another studio room and comes to thank her for coming to her showcase. That doesn’t happen, Olivia is starting over again in her profession and in the same position, as Somaya, basically a new artist, sorry Liv. Somaya bring Olivia a pair of shoes from her shoe line, which was nice. Olivia wants to hate Somaya, but really can’t, she brings you a gift and all she can do is hate Somaya?!

Somaya is at lunch with Swift and all is going well then she divulges her past relationship of abuse where her ex boyfriend beat her up, he listens and seems to be caring, they get along very well! Good for you Somaya!

Yandy meets Kim at a photo shoot and blabs to her about the issues with Chrissy. 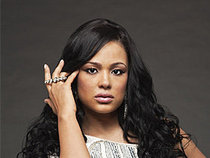 Emily meets with her realtor and gets the key to her new home. She was with Fab for 9 years and he continued to behave like a 16 year old. Congrats Fab you are the worst role model for your son. Watching Emily cry over that lost fake relationship was sad. Emily meets with Notations in the fashion district to discuss her future as a fashion designer, she was slacking with meetings with them as she had issues and wasn’t focused. She promises she is now all in and ready for all the hard work.

Emily’s friend singer Tierra Marie was invited to a party for the magazine Black Men, Kimbella was hosting the party and was on the cover, Emily didn’t know and did not want to go once she found out. I wouldn’t want to go either! She eventually makes it inside. Yandy comes over to check the situation and makes sure no one is fighting, since when was Yandy the police?

Yandy and Olivia have lunch and Yandy vents the issues with Chrissy. Yandy tells anyone who will listen about her problems.

Chrissy told Jim that she was disrespected and Yandy feels that she was fired. Jim has been blowing up Yandy’s phone for a gig that was happening, a $25,000 gig. Yandy finally goes to meet Jim, who is upset about Yandy giving Chrissy that book The Daughter-in-Law Rules: 101 Surefire Ways to Make Friends with Your Mother-In-Law!

and missing the performance. Jim and Yandy now start to argue about “my money” & “I like getting checks”. Chrissy is messing up Jim’s checks.

Emily still has issue with Kim, if Kim didn’t know Fab had a girlfriend who was pregnant, what could she do? First of all Fab has never claimed Emily, so who the hell knew 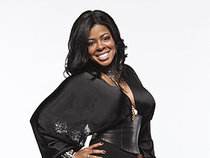 Emily: You have had the most black men in you.

Wow Emily was upset! I have never heard her say anything so scandalous before!

Chrissy explains why she is upset: You bring a book on how to get along with a mother in law, then dance in public to a song said mother in law made disrespecting Chrissy and Yandy does not get this.

What were your thoughts?