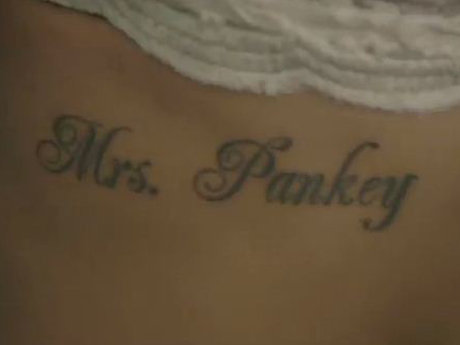 Mrs Pankey reveals to Rich Dollaz that she is married to Peter Gunz. Peter claims that he made a rash decision and married Amina.

Yandy meets up with K. Michelle and she informs her that she and Rich are starting a new label. K. Michelle isn’t feeling that idea.

Former stripper Nya Lee makes her appearance. She is preparing her new video with Jadakiss she is the self proclaimed best rapper in New York. Rich sells his business skills. Nya who isn’t known as yet, and doesn’t want Rich repping her. Smart girl. They get into an argument, which is a waste of time.

Peter asks Tara out to dinner, he tells her he loves her and she shouldn’t leave her. Tara confesses that Peter was still messing with his ex-baby mama. She took him back.

Next up is Brian “Saigon” Carenard and his baby mama Erica Jean. He has ghetto twins, (the term used to describe when a man fathers two children in the same month with two different women). They discuss their future relationship. They decide to spend more time with each other and see how the relationship goes.

Peter accuses Amina of snitching. They are married and she isn’t allowed to tell anyone about their marriage. Are they both for real? Peter gave Amina 5 rules, one of those rules was to never tell anyone about their ‘marriage’. Amina is an idiot to adhere to this stupid rule, I can only imagine the other 4 rules are just a ridiculous. Peter plays ball with Saigon and advises him to get a paternity test on his son. Peter the philosopher.

Joe is getting custom jeans made for Tahiry in order to make deposit’s in their relationship account. How sweet. Tahiry has an opportunity to work out of town and Joe isn’t too happy with that. He wants her to compromise, which basically means, he wants her to stay home and not leave town. Joe suggests they talk to the therapist.

Yandy in yet again an ugly outfit, meets Rich and they talk about the K. Michelle party. Yandy and Rich’s label has signed Olivia and L’Oreal. Two former LHHNY cast members, interesting. Rich tells Yandy that Amina and Peter are ‘messing around’. Yandy isn’t happy to learn of this info as it will potentially ruin a family and her relationship with Tara. Rohan Marley world renowned reggae artist, son of Legend Bob Marley and baby daddy to five of Lauryn Hill’s children walks up, Yandy leaves and Damien has his meeting with Damien.

Later Peter is at the studio and meets his son, who he claims he wanted him to be a doctor but is good at rapping. Peter states his son, ‘caught a gun charge’. Caught a gun charge? Ok. Rich calls Peter and tells him that Amina is on her way to the K. Michelle’s party and Tara is already there. Peter darts out of there to catch Amina. He happens to meet her as she is about to enter the building. He tells her if she goes in and tells Tara he won’t be “f**king with her no more”. What kind of mess is this? He promises Amina he will tell Tara first thing tomorrow.