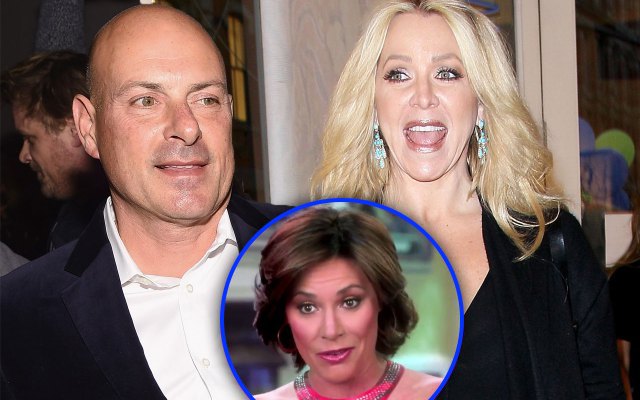 Tom D’Agostino could be ready to settle down before the ink on his divorce papers with Luann de Lesseps is dry! RadarOnline.com can exclusively reveal that D’Agostino’s newest relationship is heating up, while the RHONY star’s friendship with Anna Rothschild was left in the dust.

“Anna adores Tom and he’s been one of her best friends for 12 years,” an insider told Radar.

“She can’t believe he married Luann!” the insider added. “She hates her!”

The insider explained that “they’re reconnecting” now that he’s a single man, but they aren’t rushing into an exclusive relationship just yet.

“She won’t answer if they’re dating,” the insider added. “She just says she adores him.”

Radar first caught D’Agostino, 50, and Rothschild, 52, together in the Hamptons over the Labor Day weekend, and the insider revealed that they’ve been spending time together after their getaway. De Lesseps spent the holiday by herself in nearby Sag Harbor.

D’Agostino and de Lesseps, 52, filed for divorce in August after just eight months of marriage. Their relationship was plagued with infidelity after D’Agostino kissed another woman hours before their engagement party, and Radar even caught the businessman wooing a woman at a New York Bar hours after the RHONY star announced their split.

Rothchild isn’t new to the RHONY cast, as she was also friends with Ramona Singer prior to her divorce from Mario.

Prison Wives Atlanta | Apollo Nida Reunites With Fiancée After She Admits: “It Hasn’t Always Been Peachy”