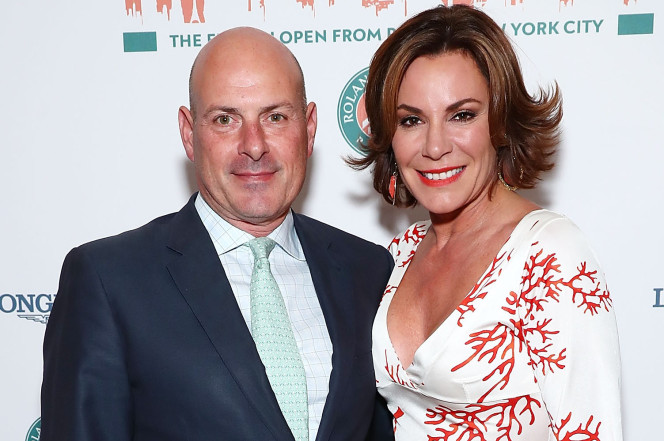 The couple allegedly got into a physical confrontation last week, with LuAnn slapping her husband Tom in a Manhattan restaurant.

But sources claim that since the beginning of the marriage, which began in the shadow of Tom kissing another woman have broken up and gotten back together a number of times.

“It isn’t exactly a match made in heaven. He hates the whole reality [TV] thing, he doesn’t want the attention or the scrutiny. There has been friction from the start. They got married so fast, they didn’t really know each other. She’s a drama queen,” said a source close to the couple.

We’re told the twosome has been fighting a lot and that Tom, who founded a printing company, is getting sick and tired of the drama.

Sources say the couple are hopeful that they can work through their issues.

Her relationship with D’Agostino got off to a bumpy start after it was revealed shortly after they began dating in late 2015, that he had previously dated  her RHONY co-stars Ramona Singer and Sonja Morgan.

Many were surprised that LuAnn went through with the wedding after co-star Bethenny Frankel showed LuAnn photographs of Tom kissing his ex-girlfriend at the Regency Hotel on the night before their February 2016 engagement party.

She later told People Magazine, “It felt like someone ripped my heart out of my chest. But “I’m not going to let a stupid kiss ruin the rest of my life … He screwed up. What he did was wrong. But this wasn’t premeditated. It wasn’t an affair. It was a mistake.”