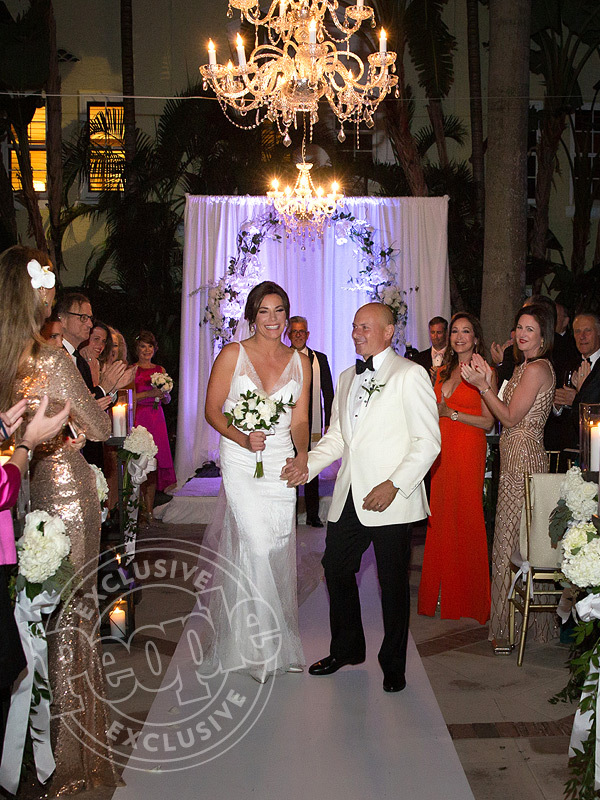 Real Housewives Of New York star Luann de Lesseps married Tom D’Agostino Jr. at a New Year’s Eve wedding in Palm Beach, Florida, PEOPLE can confirm. The couple said their vows in front of about 250 wedding guests on the day of the groom’s 50th birthday after two days full of activities.

De Lesseps opened up to PEOPLE before the wedding about planning the three-day bash.

“My number one priority in planning is that the evening is going to be really fun, and everybody’s going to have a good time,” de Lesseps said. “And not only are we getting married, it’s Tom’s 50th birthday. And it’s New Year’s Eve. I want people to come and be a witness to a great wedding, a beautiful setting, a fun party, and the spectacularness of New Year’s Eve.”

Although marrying D’Agostino means de Lesseps can no longer claim the title of Countess, the Housewives star doesn’t mind the loss.

“Everybody loves to call me the Countess more than I call myself the Countess,” de Lesseps admits. “It’s part of who I am, and it will always be a part of who I am. I you know, spent 17 years. But to lose the title, no, I’m going to be Mrs. D’Agostino and I’m super excited about that.”